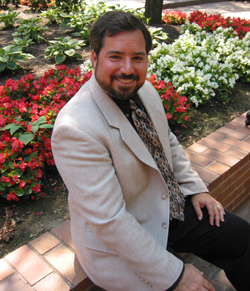 Michael Scharf ’88, a Professor at Case Western Reserve University Law School, has been nominated for the 2005 Nobel Peace Prize, along with the Public International Law & Policy Group (PILPG), which he helped to found in 1995. PILPG co-founder Paul Williams, of the American University Washington College of Law also received a nomination.

PILPG, a UN designated non-governmental organization, offers pro bono legal advice to states and international institutions on the legal aspects of peace negotiations and constitution drafting, as well as human rights protection, self-determination, and the prosecution of war crimes. The nomination letter to the Nobel committee, supported by many of PILPG’s governmental clients, lauded the organization for “significantly contributing to the promotion of peace throughout the globe by providing crucial pro bono legal assistance to state and non-state entities involved in peace negotiations and in bringing war criminals to justice.”

“PILPG is committed to the notion that if you wish for peace, you must work for justice,” says Scharf.

The winner of the 2005 Nobel Peace Prize will be announced in December.