Bartlett to step down as Law School Dean in 2007 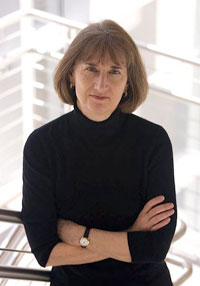 Durham, N.C. -- Katharine T. Bartlett, the dean of Duke University School of Law since 2000, is stepping down as dean, Duke Provost Peter Lange announced Friday. Bartlett’s resignation will be effective June 30, 2007, at which point she plans to return full-time to the law school faculty.

"Her quiet leadership has led to an extraordinary expansion of the law school faculty built on recruitments of the highest quality and the establishment of true peaks of excellence in areas such an intellectual property and international law," Lange said. "She has invigorated the intellectual culture of the law school and attracted stronger students, including an outstanding body of international students, all the while serving as a wonderful university citizen."

Bartlett's decision to step down comes as the school completes a five-year strategic plan.

"The last five years we have pushed hard to add a record number of exceptional new faculty, recruit an increasingly talented student body and strengthen the school's commitment to community, leadership, and faculty-student collaboration," Bartlett said. "The law school is well positioned now to attract a strong leader who can build on what the faculty has achieved in the last several years."

One of Bartlett's most important goals for the remainder of her deanship is the completion of the school's building initiatives, which include renovation of the law library and a new atrium that will provide much needed space for students and public functions. Under Bartlett's leadership, nearly all of the school's classrooms have been renovated and a 30,000-square-foot addition has expanded space for faculty as well as for clinic and journal offices.

This expansion of facilities, Lange noted, "will contribute greatly to her successor's ability to continue and even steepen the upward trajectory which her years as dean have brought." Lange said a search committee will be announced in the next few weeks.

Bartlett is a well-known scholar in family law and legal issues related to gender and looks forward to returning to her scholarship in those areas. She has degrees from Wheaton College, Harvard University and the University of California at Berkeley.

In 1994, she won the Duke University Scholar/Teacher Award, and in 1999 she was named the A. Kenneth Pye Professor of Law.

Among her community positions, she was a member of the board of directors of the Durham County Department of Social Services, serving as chair in 2002-03.