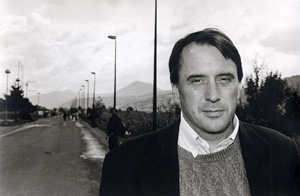 Ambassador Peter W. Galbraith, author of The End of Iraq: How American Incompetence Created a War Without End will speak at Duke Law School Wednesday, Oct. 18.

Galbraith is highly critical of the United States’ current strategy of trying to build national institutions and forging a unified Iraq. Iraq was held together only by the brutal repression of Saddam Hussein, he argues, and with the U.S. invasion in 2003, effectively broke into three distinct ethnic regions of Kurds, Sunnis, and Shiites.Also critical of Pentagon planning in advance of its invasion and for establishing security in the country since, Galbraith says it is now in U.S. national security interests to pull out of Iraq. 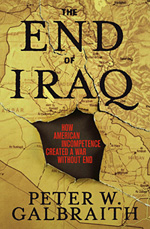 A senior diplomatic fellow at the Center for Arms Control and Non-Proliferation, Peter Galbraith served as the first U.S. ambassador to Croatia. He has visited Iraq many times over 21 years — during the Iran-Iraq war, the Kurdish genocide, the 1991 uprising, the immediate aftermath of the 2003 invasion, and the writing of Iraq’s constitutions.

Ambassador Galbraith’s talk, in room 3041, is free and open to the public, and begins at 4:00 p.m. The Law School is located at the corner of Towerview Road and Science Drive on Duke’s West Campus. The event is sponsored by the Program in Public Law and co-sponsored by the Center for International Comparative Law and the Terry Sanford Institute for Public Policy.