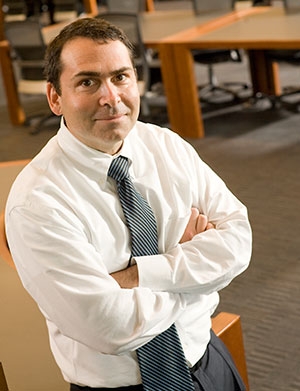 The United States Court of Appeals for the Fourth Circuit handed down a decision in favor of Appellate Litigation Clinic clients Lela and Christopher Covey on Jan. 26. Clinic students worked on the appeal under the supervision of clinic director Sean Andrussier ’92 during the last academic year. The court’s published opinion was written by Judge Henry F. Floyd and joined by Judges Roger L. Gregory and Stephanie D. Thacker.

The Coveys brought this civil rights action pro se, alleging that government agents violated their rights under the Fourth Amendment to the U.S. Constitution, which governs searches and seizures. They allege that law enforcement agents unconstitutionally searched the curtilage of their rural home without a warrant. The District Court dismissed the action on the merits, and after the Coveys appealed, the Fourth Circuit appointed Andrussier to represent them on appeal.

Under Andrussier's supervision, a team from the Class of 2014 — Shifali Baliga, Nicholas Brod, and Erika Hyde — worked on the appeal, for which briefing commenced in early 2014. Because the argument in the case could not be calendared before the fall of 2014, after the team members graduated, Andrussier argued the appeal in Richmond, Va., last October. (As a rule in clinic cases, a student argues the appeal prior to graduation.)

After briefing and oral argument, the Fourth Circuit reversed the District Court’s judgment, holding the Coveys’ action should not have been dismissed.

Baliga, who is now clerking for a federal appellate judge, called her work in the clinic one of the highlights of her time at Duke Law. “The opportunity to brief an appellate case with team members, engage with clients, and witness the evolution of an appellate case was a rich learning experience that gave me insight into the world of appellate work,” she said.

Brod, who also is clerking for a federal appellate judge, agreed. “Collaborating on this case with such a great group throughout my 3L year changed the way I think and write about the law, and it helped me appreciate the valuable contributions lawyers can make through pro bono representation,” he said. “It's tough to summarize just how much I learned. It was easily one of the very best experiences I had in law school.”