The inferno began when pyrotechnics used by the rock band Great White ignited polyurethane foam that The Station’s owners had installed on the building’s walls and ceilings as soundproofing. Flames quickly spread out from the stage as patrons stampeded for the door; many victims were trapped in the crush near the entryway. The multiple defendants in the case range from the now-bankrupt nightclub owners to the foam manufacturers to the concert promoter.

All 310 plaintiffs have agreed to share a $176 million pool of funds in full settlement of their claims against the defendants. Once final procedural hurdles are cleared, the funds will be distributed in accordance with a “point system” devised by Duke Law Professor Francis McGovern, acting as a court appointed special master, and subsequently approved by a federal judge; the case is in federal court because of the Multiparty, Multiforum Trial Jurisdiction Act, which went into effect only 18 days prior to the fire. Plaintiffs will begin receiving funds early in 2010.

“Francis’s work was invaluable to us,” says Providence lawyer Mark Mandell, who directly represents more than 100 plaintiffs and serves as co-lead counsel of what has come to be known as the “Plaintiffs’ Steering Committee” coordinating the litigation.

McGovern’s effectiveness in marshaling the plaintiffs’ unanimous support for his plan was key to the defendants’ willingness to settle the claims and contribute to the settlement pool, notes Mandell of Mandell, Schwartz & Boisclair. When McGovern started his work, the settlement pool was valued at only $13 million, and the task of the special master required high-level expertise and intensive effort on a highly emotional case. Mandell and his steering committee colleagues agreed that McGovern was perfectly suited to the task — and that was before they knew he would contribute his services pro bono.

“I knew there wouldn’t be nearly enough money to provide full compensation,” McGovern says of his decision to forego a fee. “I did not think I could do the kind of job that needed to be done unless I did it pro bono.” A pioneer of the field of alternative dispute resolution and the role of the special master as “settlement master,” McGovern has hammered out formulae for satisfying claims in the massive Dalkon-Shield and silicone-gel breast-implant class actions and creating trust distribution plans for most of the asbestos bankruptcies, to name just a few. (See sidebar, Page 24.) The Station Fire litigation was relatively small by comparison, but it offered unique challenges.

“Traditionally, I’m at 10,000 feet, designing a system and designing a process and meeting directly with lawyers. Very rarely do I meet with individual plaintiffs themselves,” says McGovern. And while many settlements he has worked on have required a consensus of plaintiffs to agree to allocation terms, this one demanded unanimity. “I had to get every single person to sign on to it. The only way I felt I could do that would be to have one-on-one contact with the victims and/or their families, so they would have faith and trust in me.”

Moved by the human dimension of the case — he reviewed footage of the horrific scene captured on video by a television reporter who escaped and audio recorded by a victim who died — McGovern met with adult plaintiffs and representatives of the minor plaintiffs in a series of meetings at the Community College of Rhode Island in December 2006 and January 2007, and had telephone conversations with plaintiffs who could not attend. He counseled them to avoid creating “additional injuries” by fighting among themselves.

“I explained that it was their money, not mine, at stake. I told them, ‘One of the goals is to have you work as a group together. You’ll be stronger in negotiations with the defendants that way and, at the end of the day, there’s no amount of money anybody can ever pay you for the trauma you’ve been through. But what you can do is walk away from the case feeling like you did the right thing in terms of dividing your money among yourselves.’” He went on to review with each group the various systems he has used in specific cases — all options open to them — ending with the point system model.

“You create a yardstick that assigns points for certain aspects of each person’s case. The total of assigned points becomes that person’s total number of points,” explains McGovern. “You add up all the points for every person, divide that total number of points into the amount of money [in the settlement pool], and that tells you what each point is worth.” The system he eventually devised attributed a set number of points for a wrongful death, for example, with more points added if the deceased left minor children or died after incurring medical expenses. Injuries of various kinds were similarly treated.

The plaintiffs agreed to the process for distribution before they knew how much money would eventually be available or how much each would receive; although not optimal, the plaintiffs agreed that because the settlement funds available would be inadequate to compensate them fully for their injuries and losses, the fairest route was to reach agreement on a distribution plan in the abstract, McGovern notes.

According to Mandell, the true brilliance of McGovern’s point system was its simplicity. “Our plan was so transparent, objective, and simple that all the plaintiffs understood that it was the only way it could be done,” he says, pointing out, by way of example, how hard it is otherwise to comparatively assess such injuries as scarring or survivors’ pain and suffering in the cases of wrongful death. “Everybody was treated equally, relatively, and nobody was going to get 100 percent of what their case was worth because everybody had to get something.” McGovern’s personal contact with the plaintiffs was essential, Mandell adds.

“He created a level of trust with them and gave them a forum to be involved in identifying what the issues were and the kinds of plans they wanted. Everybody was so appreciative. Some of them asked very difficult questions — it’s a very emotional case. But Francis dealt with them fairly and compassionately and that went a long way.”

Once the plaintiffs all agreed to the point system at a conceptual level, McGovern worked out its details with their lawyers who also came to unanimity on his grid for distribution and who then made recommendations to and received agreement from their individual clients. A judge found that all settlements were agreed to in good faith, and another special master has completed a mandated review of the allocations and has recommended their approval.

Having used the point system in three recent cases, McGovern plans to write an academic paper on the subject. “[The Station fire] had a devastating and profound impact on a very small state,” Mandell says. “There were only two or three degrees of separation in the whole state in terms of knowing someone who was injured or killed.” When the carefully-managed litigation wraps up, Mandell predicts that it will help “heal” his state. And reaching a plan for allocation was key to bringing the most complex case ever filed in Rhode Island to a close, he observes.

“I consider it one of the great gifts in this case that I had the opportunity to meet and work with Francis,” says Mandell, a former president of the American Association of Justice. At various times, as the settlement pot grew, the plaintiffs’ lawyers offered to pay McGovern for his services, adds Mandell. “He said, ‘I gave you my word. I shook your hand and that’s it.’ I can’t tell you how much respect I have for him.” 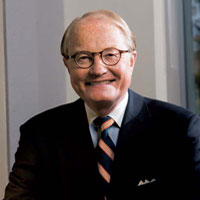