Abigail Frisch is one of five lawyers selected for the prestigious yearlong fellowship this year, and the third Duke Law graduate to be a Bristow Fellow in the last nine years. 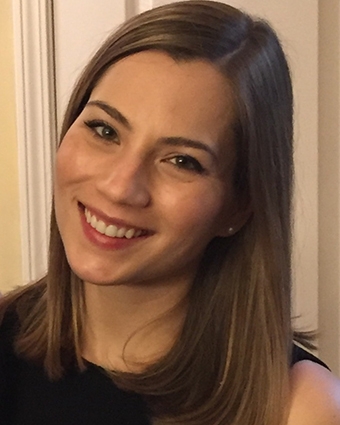 Abigail Frisch ’18 has been selected for a Bristow Fellowship in the U.S. Department of Justice.

Bristow Fellowships offer a unique opportunity for young lawyers to experience Supreme Court practice early in their careers. Bristow Fellows work in the Office of the Solicitor General, drafting briefs for cases before the Supreme Court, preparing recommendations to the solicitor general regarding government appeals in the lower courts, and assisting with oral argument preparation for the Court.

Frisch is one of five lawyers selected for the prestigious yearlong fellowship this year, and the third Duke Law graduate to be a Bristow Fellow in the last nine years.

“I am most excited about the people I'll be working with,” said Frisch. “I'm excited to tackle really challenging legal questions, push myself, and grow in my skills as a lawyer, and I am excited to continue working in public service.”

Frisch is currently clerking for Judge Don Willett ’92 MJS ’16 on the U.S. Court of Appeals for Fifth Circuit. She was previously a Coleman Fellow in the Texas Solicitor General’s office and a clerk for Judge William Q. Hayes of the U.S. District Court for the Southern District of California.

Frisch earned a bachelor’s degree in physiology with a minor in accounting at the University of California-Los Angeles. After college, she earned her CPA and worked for four years as an auditor for Deloitte & Touche in Los Angeles and Nashville.

“Abby was a star student in part because she seemed to genuinely love learning, and I expect she’ll take the same approach to the rest of her legal career, throwing herself enthusiastically into each new challenge,” said Margaret H. Lemos, the Robert G. Seaks LL.B. ’34 Professor of Law and senior associate dean for faculty and research. “I have no doubt she’ll excel as a Bristow Fellow and beyond.”

Frisch said she first became aware of the fellowship during her first-year small section with Lemos, who had been a Bristow Fellow before entering academia. After initially planning to start in private practice with a firm, Frisch began to envision an early career committed to public service after finishing her 2L year. A research assistantship in her third year with then-Dean David F. Levi helped solidify her new path; she had assumed opportunities like the Bristow Fellowship were out of reach, but Levi’s confidence gave her the courage to take the risk.

“Dean Levi encouraged me to dream big,” she said. “He took me seriously and thought I ought to go for it, and it was really inspirational. As a result of that pivot, I spent two incredible years in Texas that have changed my life. As a 1L, I would never have dreamed that would be my path.”

Before she graduated, Levi invited Frisch to co-author an article on access to justice with him and Dana Remus, who now serves as White House counsel to President Joe Biden. The article, Reclaiming the Role of Lawyers as Community Connectors,” appeared in Daedalus, the journal of the American Academy of Arts & Sciences.

“It was such a good experience, in large part because of Abby’s hard work and creativity,” said Levi, who is now the director of the Bolch Judicial Institute at Duke Law. “Abby is a brilliant lawyer who is also a joy to work with. She will be a superb Bristow Fellow in the SG’s office.”

Frisch also credited Professors H. Jefferson Powell, Lisa Kern Griffin, Ernest Young, Marin Levy, Joseph Blocher, and Sara Sun Beale with inspiring and encouraging her interest in public service, and Willett, Hayes, and former Texas Solicitor General Kyle Hawkins with helping her improve her writing and lawyering. While working with Hawkins during her Coleman Fellowship, Frisch had the opportunity to present an oral argument in a case before the Fifth Circuit and brought about Texas’s lead role in an amicus brief on behalf of 39 states and Washington, D.C., in Ford Motor Co. v. Montana Eighth Jud. Dist. Ct., a case decided by the Supreme Court in March.

“I got a preview at the state level of what a Bristow might look like and it was an incredible experience,” she said. “I can't imagine a better place to learn how to be an appellate lawyer, so I hope this puts that kind of a career in the cards.”

Powell, who said Frisch was “a brilliant student” in his first-year Constitutional Law class, predicted she will have a bright future as a Bristow Fellow and beyond.

“In class, Abby realized almost immediately that the most important task is to learn how one makes persuasive constitutional law arguments, and that command of the forms of constitutional law argument requires one to understand positions with which one disagrees,” he said. “She is going to become known as a lawyer’s lawyer, someone whose technical knowledge, personal insight, and professionalism put her in the front rank of lawyers.”

The Bristow Fellowship is named for Benjamin Bristow, the nation’s first solicitor general, who served from 1870 to 1872, and was later treasury secretary. Recent Duke Law alumni who have served as Bristow Fellows include Hunter Bruton ’16 and Sarah Boyce ’12.