Game of Drones: Students in the Advanced Environmental Law and Policy Clinic take on a novel set of legal questions stemming from the use of drones in marine science and conservation

Over the spring 2018 semester, students in the Advanced Environmental Law and Policy Clinic tackled a range of novel legal, policy, and ethical questions arising from the use of drones in marine science and conservation-related research conducted by Duke University’s Marine Robotics & Remote Sensing Lab (MaRRS Lab).

The students researched when drone usage might clash with the property and privacy rights of landowners and boaters, whether it might result in “takes” of marine wildlife as defined by such federal statutes as the Endangered Species Act (ESA) and the Marine Mammal Protection Act (MMPA), and whether or not the MaRRS Lab operates as a state actor if it partners with a federal or state agency in research. Supervised by Clinical Professor Michelle Nowlin JD/MA ’92 and Professor of the Practice Stephen Roady ’76, they produced legal memoranda detailing the constitutional, statutory, and common law implicated in each area of inquiry and offered recommendations to help researchers avoid legal problems, with one student crafting an additional memorandum on ethical considerations emerging from drone use. The faculty and class of JD and Master in Environmental Management candidates — as well as one Duke undergraduate engineer engaged in drone design — also partnered to develop a list of recommended best practices for drone operation that the MaRRS Lab can refine and update as technology, practice, and law change. 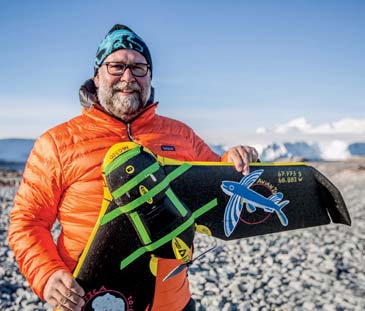 The project, which participants dubbed “Game of Drones,” evolved from outreach to Nowlin and Roady by Dr. David Johnston, who directs the MaRRS Lab and its use of aerial drones and other small, affordable robotic systems to study marine and coastal systems and challenges. “Drones can help us accurately assess how beach morphology might change due to a storm or how big a blue whale is or how high a marsh-grass canopy might be,” said Johnston, an associate professor of the practice of marine conservation ecology at the Nicholas School of the Environment. “The majority of the applications we’re involved with tend to focus on inanimate things and non-human animals. But over the past few years, some agencies and organizations asked whether drones could be used to study how humans interact with coastal and marine systems.”

Because humans count for “at least half” of any conservation problem, he explained, public lands’ officials felt that understanding how visitors use the land could inform management and resource-enforcement decisions. And fisheries managers sought the MaRRS Lab’s help in assessing recreational fishing activity via drone. Both inquiries were simple from a technological standpoint, Johnston said. 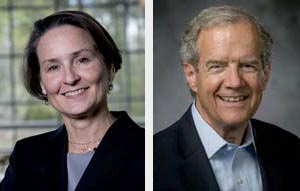 “The bigger question was whether or not we should get involved — whether or not studying people in this way was something that erodes their privacy and security. So we posed those two missions to Steve and Michelle and basically asked them whether or not they would be legal.”

Law and policy have not kept up with advances in drone technology and capability, so Nowlin and Roady spotted a ripe opportunity for students to engage in original research and analysis, drilling deeply into the multiple legal questions raised by each maritime study scenario.

During a field trip to the MaRRS Lab, the clinic students had a chance to observe how drones operate. “Even though you might be on someone’s private property with their permission, it’s possible to get a peripheral view of surrounding lands and see things on adjacent properties,” said Nowlin, the clinic’s supervising attorney. “The MaRRS Lab researchers were concerned, for example, about a potential invasion of privacy, and steps they could take to minimize conflicts and potential liability.”

Jeremy Muhlfelder ’18 investigated privacy concerns with two other students, contributing to a memorandum that addressed two distinct scenarios: using drones to surveille and analyze the movements of visitors on public lands, and flying them over private property to monitor conservation easements for a private land trust. The first scenario posited that the MaRRS Lab might assume the role of a state actor in partnering with public lands agencies on a study, so it entailed an analysis of cases pertaining to visitors’ reasonable expectations of privacy and protections from search or seizure without reasonable suspicion or a warrant, pursuant to the Fourth Amendment of the U.S. Constitution. They also broke down elements of the tort of invasion of privacy, which can arise in the second scenario, advising the MaRRS Lab, where possible, to provide notice to adjacent property owners or to public lands users and visitors prior to using the drones for research in a given area. And they extrapolated principles from a series of cases involving shots of the exteriors of houses incidentally captured by Google Street View cars to identify areas of concern and best practice in drone use.

“Our goal from the assignment was to provide the best guidance we could on how the lab could avoid problems,” said Muhlfelder, who obtained an LLM in law and entrepreneurship along with his JD and found the project “perfectly aligned” with his broader interest in helping people navigate legal issues regarding emerging technology. He said he gained insight that is likely to be helpful when he begins working with clients in the entrepreneurship and innovation sectors as an associate at Wilson Sonsini in Palo Alto, Calif., observing that many entrepreneurs adhere to a “move fast and break things,” mentality.

“But with technology like drones, no matter how great their potential benefits are, they also have the potential to cause problems if they aren’t used somewhat carefully,” he said. “Just because the law hasn’t developed yet doesn’t mean it won’t, and just because there isn’t specific case law on this topic doesn’t mean that you don’t need to be somewhat aware of what the law around that technology is. You should try to be cognizant and try to be aware of how your actions are affecting other people and look for ways to mitigate them.”

Muhlfelder said the project illustrated the value of cross-disciplinary collaborations between lawyers and technological innovators in emerging areas and the importance for lawyers to understand the way their clients’ technology works, in order to offer informed, nuanced advice.

As a conservation scientist, Tali Brennan MEM ’18 said she is enthusiastic about the potential for drones to facilitate efficient and detailed research that can improve environmental management plans and local, state, and federal policy. She said she greatly appreciated the opportunity to collaborate with law students in the clinic on research relating to privacy and marine takes that went beyond scientific concerns. “It was extremely beneficial to have an interdisciplinary team to bounce ideas off each other and work towards a product that would work from both legal and scientific points of view,” she said. “Real world subjects require you to solve the issue from both sides so that all parties are positively impacted.”

Roady, Nowlin, and Johnston are collaborating on a scholarly manuscript based on the clinic students’ detailed memos, with the goal of publishing it in the primary conservation literature so they can reach conservation researchers broadly.

“Because this technology is transformational and pretty disruptive, trying to understand the legal dimensions of it is important,” said Johnston, who noted that the students both exposed some issues for which there is no legal resolution yet and introduced him to terms, such as “curtilage” (the land and buildings immediately surrounding a home), that only lawyers would recognize. “Having this kind of information out there allows researchers to recognize that certain problems or nuances exist, and the information in the paper will at least provide them with the basics of applicable law in the United States. And if they are operating in an international context, it will give them a framework to look at the national legislation of other countries to see whether or not they would be doing things in the right way.”

The clinic, he added, went beyond simple logistic, technical, and operational matters in formulating “best practice” recommendations for drone use,  by addressing questions of transparency, collecting, storing, and securing data, and how to fly drones in ways that don’t run the risk of harm to people’s privacy rights or personal privacy interests or interfere with recreational uses of natural resources. “There is no other comprehensive best practice document that includes these emerging issues that we are just starting to understand,” he said. “So that memo is really helpful to start breaking those things down.”

Johnston believes that the Game of Drones project represents a really great integration between the Law School, the Nicholas School of the Environment, and the Duke Marine Lab. “Here we have scientists who are working at the forefront of methods, new technology, and important environmental questions,” he said. “Then being able to work with a team of experienced legal scholars with great students to start explaining things — it’s not something that happens at every university. So it’s a unique and valuable connection and partnership.”