Gitanjali Workman urges LLM students to seize opportunities, build relationships at Duke: "This one year is going to yield fruit for the rest of your lifetime." 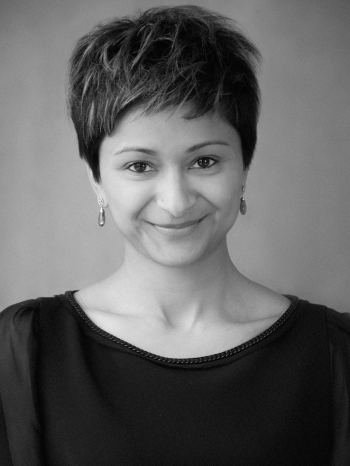 Her work at the New York-based family office includes handling the many issues relating to private equity, hedge fund, and asset management so familiar to her from more than 11 years at Paul Weiss, as well as many newer ones, such as those raised by making direct investments in international jurisdictions, employment law, trusts, estates, taxes, and even buying and selling high-value art.

“I really enjoy the variety and diversity of my work,” says Workman. “When you are at a big law firm, you learn to deal with a lot of complicated, interesting, and new things. Then when you go to another set-up and have to deal with a lot of newer issues that are totally outside your zone of comfort, you have an adaptability that you use and rely on because you’ve been trained in a certain way.”

She demonstrated similar adaptability when she arrived in the corporate department at Paul Weiss after almost three years as a litigator in her native India, during which she appeared daily in court on constitutional and complex commercial matters as a junior associate of the Supreme Court of India. While the transition to corporate practice may have seemed stark, she easily settled into the New York firm’s asset management group. “I felt like since I had a masters in securities law because that’s what I focused on at Duke, I could figure it out,” she says.

It helped that she had taken classes from and served as a teaching assistant for Brainerd Currie Professor of Law James Cox, renowned both as an expert in securities law and as a dedicated mentor to his students. “That was really useful — having a close relationship with a professor who took the time and energy to mentor and train and build confidence in an international student,” says Workman, who received her LL.B. at the National Law School of India University, Bangalore. “It really helped build my confidence.”

So too, she adds, did taking courses at Duke University’s Fuqua School of Business, such as one in venture capital in which she also served as a teaching assistant. “It really opened up my network in terms of the types of people I met — and included meeting my husband — and the classes were really instrumental in helping me understand private equity and VC,” she says.

Now a member of the Law School’s International Advisory Board, Workman says she stayed engaged as an alumna thanks in large part to continual outreach from Associate Dean for International Studies Jennifer Maher ’83 and her predecessor Judy Horowitz, and more recently by Assistant Dean Oleg Kobelev. “The relationships you build, starting with Judy and Jennifer, sustained you during your time at Duke and then lived beyond,” says Workman.

Duke’s small size and collegial atmosphere promising “more connectivity” are among the Law School’s strongest draws for international students, says Workman. “You don’t get lost in the system, as you might at schools with massive LLM programs. I pretty much knew all of my classmates and am still in touch with many of them.” During a recent family trip to Mexico City, the sister of one served as host and tour guide. And in a professional sense, Workman says, the alumni network is “vital, loyal, and helpful.”

Workman urges prospective LLM students to be open to seizing opportunities when they arise, whether building relationships with professors, learning new areas of law, or making friends and building new networks. “It’s important to realize that this one year is going to yield fruit for the rest of your lifetime,” she says.