A “grand challenge” to the legal system: reforming the criminal justice system 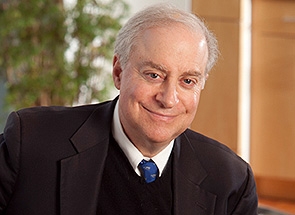 Dean David F. Levi delivered the inaugural Judge Lloyd D. George Lecture on the Judicial Process at the University of Nevada, Las Vegas William S. Boyd School of Law on April 3. In his lecture, “The Grand Challenges for the Legal Profession and Judiciary,” Levi listed seven major problems: access to justice for the poor and unrepresented; the cost of justice for everyone, which is also an issue of access; maintaining the independence and neutrality of the judiciary; preserving the jury trial; the criminal justice system; unifying the legal profession; and maintaining a sense of mission and purpose for the legal profession.

In this excerpt Levi, who was the chief U.S. district judge for the Eastern District of California prior to becoming dean in 2007, addresses “the mother of all grand challenges” — the criminal justice system.

This could be broken down into many grand challenges and maybe should be. Our approach to sentencing is in flux; there are a huge number of persons in prison compared to other industrialized countries; we have over 3,000 inmates on death row, the vast majority of whom will die of old age; we are on a path toward legalization of previously illegal drugs, with uncertain consequences; and we have a loss of confidence in the overall fairness of the system. The number of African Americans, particularly men, in prison is hugely disproportionate as compared to other groups and is a very large number, approaching 1 million.

To be fair, this assessment leaves out some of the progress that has been made. One reason that there are so many people in prison is that we are so much more effective at solving crimes than we were in the past. The crime rates for serious crimes, including murder, have gone down steeply from a high in the 1990s.

But we have many problems, and the list I gave moments ago just scratches the surface.

I have a few somewhat controversial suggestions to make as a very preliminary cut on this challenge.

First, on the matter of capital punishment, we have had enough experience since Furman to understand that we will never have a reliable, just, and swift application of the death penalty in anything like the numbers that our district attorneys would like. They are out of step with reality and need to stop imposing this terrible cost on the system, on judges and juries, and on society. It is a wrenching experience for jurors to participate in these trials. It is wrong to put them and others, including victim families, through this ordeal when the result is simply to house defendants on a death row for the rest of their natural lives.

Notice that I am not taking a position on the rightness or wrongness of the death penalty. I am asking us to deal with the facts as we all know them to be.

Those states that have capital punishment should implement a review of all pending cases, giving authority to the attorney general and governor, or some other body, to reduce the sentence to life without parole. If this were done in California, for example, the state could identify which of its hundreds of death row cases, many of which have been pending for over 20 years, are worth pursuing because the evidence is so overwhelming, there is no question of identity or guilt, the crime was particularly egregious, and there are no significant legal issues. The number should be very small, as in five or 10, and not in the hundreds.

Then, looking forward, no local prosecutor should be permitted to seek the death penalty without prior approval of the state attorney general and the governor, or perhaps of an independent review board.

Second, as to drug legalization, we can see that it is picking up steam and will probably become the norm, at least for marijuana and perhaps for other illegal drugs as well, such as cocaine and methamphetamine, which are also widely used.

Having spent a good part of my life as a judge and prosecutor putting drug dealers and manufacturers in prison, I will confess that I am sorry to see this. But now it is my turn to face up to reality. Many Americans are using and will use drugs. We have not stopped them despite the harshest penalties and the most aggressive and costly interdiction, investigatory, and prosecution efforts. We have not even driven up the price in any significant way. And we have not changed the culture because many Americans evidently see nothing wrong in drug use.

So why is this phenomenon a challenge for the legal profession? We might say that by definition, if we legalize, then it is off our plate and simply becomes a social or medical problem like alcoholism. It is not that easy unfortunately. First, illegal drugs won’t be legal in every sense and context. It will still be illegal to sell drugs to young people. It will still be illegal to grow marijuana on public lands. It will still be illegal to make methamphetamine in unregulated laboratories that use dangerous chemicals. And if we attempt to regulate drugs such as marijuana through taxes or limits on THC content, it is likely that we will continue to see an illegal black market, although, we hope, of lesser size.

Moreover, if the experience with alcohol is any guide, there will be a surge of drug use and abuse after legalization. It will be tough to keep legalized drugs out of the hands of young people. We may also see a surge in other crimes — property, white collar, and violent crimes, not to mention driving under the influence — as a result of the increase in drug use. And so, sorry to say, the decrease we experience in the numbers of prisoners convicted solely of drug offenses will be offset at least in some part by an increase in persons convicted of other crimes, some of which will be related to heavy drug use.

In short, judges and the legal profession will be dealing with the problem of drug use for many years to come and we need better tools and understanding to do so. We will need more resources in drug treatment, and we will need a better flow of information — data — about what kinds of drug treatment work and in what settings.

Third, and as an expansion of this last thought, one of the themes of this talk is that there are various grand challenges for which part of the solution is better use of technology and better mobilization and sharing of knowledge from one group, like academic researchers, to others, like judges and policymakers. We have a lot of people in prison in this country. With our better understanding of brain science, of what motivates and deters people, we should make some effort to see if we have better and new techniques for deterring crime and rehabilitating prisoners. Our judges should be able to benefit from and use social science techniques in devising sentences and post-release supervision systems that are based on data, experimentation, and evaluation. This is where academic researchers can contribute so much. We also have much better monitoring technology. We can use technology to get people out of prison sooner, but with extensive kinds of technological reporting and monitoring so that public safety is not compromised. We can shift our resources from prison to programs, at least to some degree. With crime rates falling, this is the time to try if we are ever going to.

Fourth, we have a tendency to seek criminal justice solutions anytime something goes badly wrong. I am thinking particularly of the financial meltdown that occurred in 2008. Our financial system very nearly collapsed, and this was a regulatory and institutional design failure of huge proportions. Most people who seem to understand the system will tell you that the problems have not yet been solved. The main problems are too much leverage, overly generous lending practices, flawed risk assessment by rating agencies and others, executive and employee compensation systems that encouraged excessive risk taking, inadequate government controls and oversight, a housing bubble caused by prolonged monetary policies, and the interdependence of financial institutions through derivatives and other devices that created what is known as systemic risk. In a system as big and with as many transactions as our financial system, there will always be some level of false statement and fraud. And it is not at all hard to believe that as the house of cards began to shake and tumble, deliberate false statements and fraud occurred even at high levels. And these people should be prosecuted. But this is not the guts of the problem, and to think of it mostly as a problem of deliberate criminal wrongdoing and malicious behavior focuses on some of the symptoms without getting at the real illness, which is the result of legal activity and known incentives.

Moreover, many of the most prominent criminal actions have been brought against corporations, rather than individuals, and these cases seem unlikely to serve most of the purposes of criminal prosecution such as deterrence, retribution, shame, and incapacitation. Some of these cases are brought against successor corporations for crimes committed by a predecessor — a modern-day bill of attainder. Paying off the government in these situations seems to be the price of doing business levied upon current shareholders and employees for crimes allegedly committed by wrongdoers who are long gone. We will have a better criminal justice system if we don’t use it for show or political compromise, particularly a show that obscures deeper and more difficult regulatory or economic issues, or permits individual wrongdoers to shift blame and sanctions to the “corporation,” thus avoiding their day of reckoning. There is not much deterrence in this. In short, fix the regulatory issues and prosecute the bad guys. We seem intent on doing neither.