The Women's Sports Policy Working Group launched on the eve of National Girls & Women in Sports Day with a set of recommendations addressing the inclusion of trans girls and trans women in sport. 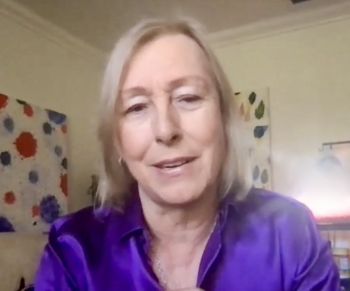 A nonpartisan initiative co-founded by Professor Doriane Coleman launched Tuesday with the release of a set of recommendations, based on physical sex-linked traits, for preserving separate categories of sport for girls and women while also accommodating transgender women and girls.

Its goal is to promote an ethical, science-based approach amidst an otherwise “vitriolic” public debate in which two sides take uncompromising, "either/or" positions over whether transgender girls and women should be banned altogether from or allowed to participate without condition in girls’ and women’s sports, the members said at a press conference Tuesday afternoon.

That debate has reached the highest levels of government: numerous states have passed or are considering laws addressing the issue, three federal bills seek a ban, and an executive order signed by President Joe Biden affirms that last year’s Supreme Court decision in Bostock v. Clayton County prohibiting discrimination on the basis of gender identity and sexual orientation applies to Title IX and, by extension, to school sports teams.

Coleman, co-director of the Center for Sports Law & Policy whose scholarship on sex in sport has been cited in everything from state legislation to the U.S. women’s national soccer team’s fight for equal pay, emphasized that the group is committed to fostering the participation of trans girls and women. But she noted that commitments to inclusion and equality always depend on the goals of the project or category, and on whether individuals seeking inclusion meet the criteria for satisfying those goals. Given the goals of girl's and women's sport, the eligibility criteria for the category are by necessity based in sex, or at least the sex-linked traits that drive the performance gap between male and female athletes, she said at the press conference.

“Because their unconditional inclusion would be category-defeating, however, making room requires taking into account their sex-linked traits.”

Said Navratilova: “Alongside my career in sport I have a long history of advocating for women’s and LGBTQ rights. In sport, however, advocating for women’s rights means talking sex and sex-linked biology. The performance gap between male athletes and female athletes emerges from the onset of male puberty, and from that point forward even second-tier males can beat the very best females.”

That gap is due largely to the effects of testosterone, she said.

Inclusion policy based on athletes' experience of male puberty

The group suggests a sports inclusion policy based on whether the athlete has or hasn’t experienced male puberty, and whether those who have experienced male puberty have also mitigated the sex-linked advantages that it affords. In “participation sport,” where the goal is recreation and health, the group advocates fully including all trans girls and trans women, regardless of their hormone status, while abiding by rules for co-ed play.

The working group is calling on Congress and the Biden Administration to “affirm Title IX’s long-standing commitment to providing biological females with equal experiences and opportunities in competitive sport, and to protecting their safety in contact sports, by permitting recipients of federal funds to continue to operate or sponsor separate athletic teams and events for males and females.” It also requests appropriate accommodations for allowing transgender girls and women to participate in competitive athletic programs based on their experience of male puberty.

The group's recommendations are the culmination of nearly two years of work, de Varona noted.

In addition to Coleman, de Varona, Hogshead-Makar, and Navratilova, the Women's Sports Policy Working Group’s other founding members are Donna Lopiano, a sports executive, former CEO of the Women’s Sports Foundation, and member of the National Softball Hall of Fame, and Tracy Sundlun, founding board member of the National Scholastic Athletics Foundation and co-founder of the Rock 'n' Roll Marathon series.