Sebghatullah Jalali returned to Afghanistan after earning his LLM – only to leave in the same airlift as those he is now helping as a fellow in the Immigrant Rights Clinic. 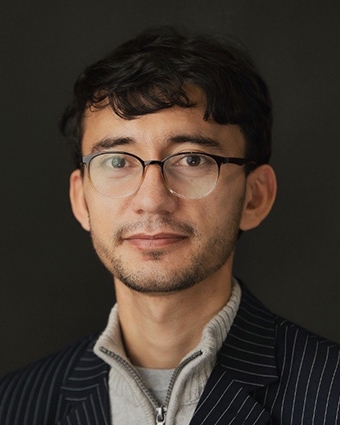 Sebghatullah Jalali LLM '19, an Afghan national, is a fellow in the Immigrant Rights Clinic

Ten Afghan families evacuated from Kabul in August are starting new lives in Durham and Greensboro with help from Duke Law’s Immigrant Rights Clinic, which is assisting them with legal needs including filing applications for asylum. Among the clinicians is one who has intimate knowledge of their situation: Sebghatullah Jalali.

Jalali, an Afghan national who returned to work in Kabul after earning his Master of Laws from Duke in 2019 only to be evacuated in the same massive airlift as the asylum-seekers he is now helping to resettle in North Carolina, began a nine-month fellowship in the clinic in December. His familiarity with Afghan culture and language have been invaluable to the clinic’s work with evacuees housed at Fort Pickett, near Blackstone, Va.

“Jalali brings empathy and understanding, in addition to exceptional coalition-building skills, to the clinic’s efforts to respond to the needs of Afghan evacuees and their families,” said Clinical Professor Kate Evans, the clinic’s founding director.

Jalali never intended to come back to the United States so soon. After graduating from Duke’s LLM program, he returned to his home country to work in peacebuilding and conflict resolution, despite warnings from friends and family about the deteriorating situation in the country.

“Everyone called me and said, ‘Please don’t come back to Afghanistan,’” he said. “‘Everyone is putting everything on the line to get out of Afghanistan and go to Europe or the USA to work there and live there. Don’t come back.’ I said, ‘No, it’s impossible.’

Like most of the nearly 130,000 people evacuated in the two-week international airlift last August, Jalali faced an abrupt and harrowing departure from Afghanistan. Following the capture of Kabul by the Taliban on August 15 and the U.S. decision to accelerate its withdrawal, he joined the crowds of Afghans outside Kabul Airport trying to leave the country.

“Nobody cared about anybody. We were just people pushing each other. The amount of pressure was like a mountain,” he said, recalling the chaotic crush of hot, hungry, and increasingly desperate people outside the airport gates. “But the most painful thing was not even for a second did they open the door. They weren’t letting people in.”

With his employer, the U.S. Institute of Peace, coordinating his departure with the Taliban and the U.S. Marines, Jalali made six attempts to leave, each time returning to his apartment discouraged. On the seventh day he, his colleagues, and their families made it through the gates and boarded a military transport plane to Qatar. They underwent a three-day processing, then flew to one of the Virginia military bases where thousands of evacuees have begun their initial resettling process before fanning out across the U.S., including nearly 2,000 who are resettling in North Carolina.

As Jalali helps his countrymen adjust to new lives and futures he understands the displacement they may feel: When he first arrived at Duke for his LLM program he went through a difficult time that he later understood to be culture shock. Connecting with his classmates, who like him were all graduates of law schools in other countries, helped him to recover his passion for studying human rights and constitutional law, and bring his learning back to Afghanistan.

“From designing and launching a project aimed at assisting Afghan evacuees prepare their future asylum applications and ongoing communications with our existing Afghan clients, to serving Afghans currently residing on U.S. military bases, Jalali has played a critical role in the Immigrant Rights Clinic’s overall response to the legal needs of the Afghan community,” said Senior Lecturing Fellow Shane Ellison, supervising attorney for the clinic.

“His depth of knowledge and direct relevant experience has proven vitally important to our work. We are incredibly fortunate to have him on our team.”

“Everything goes back to Afghanistan”

Jalali is also collaborating with Clinical Professor Jayne Huckerby, director of Duke Law’s International Human Rights Clinic, on a paper addressing how the international community can provide humanitarian relief to Afghanistan while the Taliban government is under sanctions. After his nine-month fellowship at the Immigrant Rights Clinic ends this fall he plans to enroll in a master’s or PhD program that combines his legal background with policy studies. Driven by what happened in his home country, he wants to understand why governments fail.

“Everything goes back to Afghanistan,” he said. “I’m grateful to the USA and to U.S. people. I’ve been supported and I have been educated but I always think about that country. That is why I’m thinking about studying the past 20 years.

“Trillions of dollars were spent and hundreds of thousands of lives were lost. What went wrong? Why can’t that country become better? Where is the mistake that nobody has put their finger on? Are they destined to be this miserable and unfortunate or is there something we are missing? I want to know.”

Jalali hopes Americans will remember the Afghans left behind who are suffering amid the country’s economic crisis. More than half the population is experiencing extreme hunger and nearly a quarter face famine in a growing “humanitarian catastrophe,” according to UNHCR, the UN refugee agency.

On February 26 Jalali will give a TedX talk at Duke, using his own journey from Afghanistan to the U.S. to illustrate his argument that failure to change – whether by a country, a company, or individual – inevitably leads to chaos.

“Either you suffer the pain of change and become better and stronger at the end of the journey or you go through chaos and lose everything,” he said. “That’s what happened in Afghanistan. Our leaders thought that everything would stay the same, that their nepotism, their corruption, their deception would work to the end of the day. And that didn’t work. Things changed. The international community changed their mind and chaos followed at the expense of millions of people.