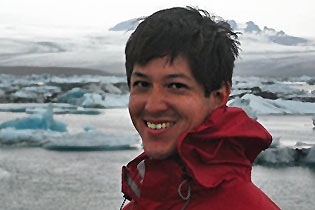 As an attorney in the Air and Radiation Law Office in the EPA’s Office of General Counsel, Jonathan Skinner-Thompson counsels the Administrator, the Office of Air and Radiation, regional EPA attorneys, and other agency staff on questions relating to Clean Air Act interpretation.

“We work on rulemakings, offer guidance in interpreting the statute and our regulations, and assist the Environmental Defense Section of the Department of Justice in defending the EPA in lawsuits stemming from the Clean Air Act,” says Skinner-Thompson, who joined the EPA in August 2014.

One of his first assignments involved the agency’s regulation of carbon dioxide emissions from the electric power industry under section 111 of the Clean Air Act, a move that constitutes the foundation of the Clean Power Plan President Barack Obama unveiled in August. The assignment was a perfect fit for Skinner-Thompson; while working as a legal fellow at Duke’s Nicholas Institute for Environmental Policy Solutions during his third year of law school, he had helped organize a symposium in which the use of section 111 was discussed.

“Getting to work on this historic rule was a dream come true,” says Skinner-Thompson. “It’s one of those opportunities that you can’t plan for in advance, and everything fell into place for me at the right time.”

While the timing of that first assignment may have been a matter of luck, Skinner-Thompson crafted a deliberate path to achieve his goal of becoming a government environmental lawyer. At Duke Law he served as managing editor of the Duke Environmental Law & Policy Forum and enrolled in the Environmental Law and Policy Clinic in his third year. In his first semester in the clinic he worked closely with Supervising Attorney Michelle Nowlin JD/MA’92 on an amicus brief on the legal, social, and economic impacts of mountaintop removal mining on communities in West Virginia, which they filed with the U.S. Supreme Court on behalf of the West Virginia Council of Churches. That experience prompted Skinner-Thompson to sign on for another semester as an advanced clinic student.

“That was the best decision I made in law school — to really dig into environmental issues from the practical side,” he says. “Having been a summer starter, I spent a lot of time in lectures and seminars, and the clinic was a great opportunity to get hands-on experience.”

Intrigued by research into methylmercury regulation he was doing for a clinic assignment, Skinner-Thompson made it the topic of an independent-study research project supervised by Professor James Salzman. His paper, “Myths of Coals Clean Future: The Story of Methylmercury,” (29 Virginia Environmental Law Journal (2011)) won the 2010 Roscoe Hogan Environmental Law Essay Contest.

Skinner-Thompson has published several more works in academic publications since. Having graduated from law school at the peak of the recession, he accepted a one-year deferral from his post-graduate position at Shearman & Sterling in New York and published two more articles on environmental issues while also working in the Appeals and Legislation Unit of the City of Philadelphia Law Department and for the nonprofit Clean Air Council. He continued to write and publish while in private practice and is certain that it helped in his later application to the EPA. “Getting a job at EPA is not just about public service,” he says, “you want to show a real commitment to environmental issues and environmental law, in particular.”

As an environmental associate at Shearman, Skinner-Thompson worked on a team of four attorneys who supported the firm’s corporate group in understanding the environmental risks and liabilities involved in a range of transactional matters.

“In the context of these transactions, we identified the risks under a whole host of domestic and international environmental laws and evaluated, assessed, and helped manage those risks for the companies and financial institutions that might be investing in one of these types of companies.”

Skinner-Thompson next joined the environmental group at Stoel Rives in Seattle, where the practice focused on compliance and regulatory matters, engaging him in Superfund clean-up work as well as matters involving the Clean Water Act and Clean Air Act. “I built those skills that I would need to move to government, where you really dig into the regulatory framework and have to dissect the statutory text, the legislative history, and understand all of the bells and whistles written into the regulations,” he says.

Still aiming to practice environmental law in the public sector for the long term, Skinner-Thompson remembered a comment made by an EPA regional counsel when he interviewed for the EPA Honors Program in Philadelphia – Region III in 2010. During the interview, the regional counsel told him that his resume “indicated a job at headquarters” may be a better fit.

“Now that I’m in the Office of General Counsel, it’s very clear to me that this is a perfect fit,” he says, noting that he feels “academically stimulated” by the research and writing his job entails.

Reflecting back on the EPA’s recent completion of the section 111 carbon dioxide regulations, Skinner-Thompson says he really is in his dream job. “It’s been this incredible journey to go from law school, where I helped research and put together a conference discussing these ideas, and then to get to work on them in practice.” And he stays connected to Duke: He recently visited with his Nicholas Institute supervisors, Director Tim Profeta ’97 and Senior Lecturing Fellow Jonas Monast, at the White House announcement of the Clean Power Plan.