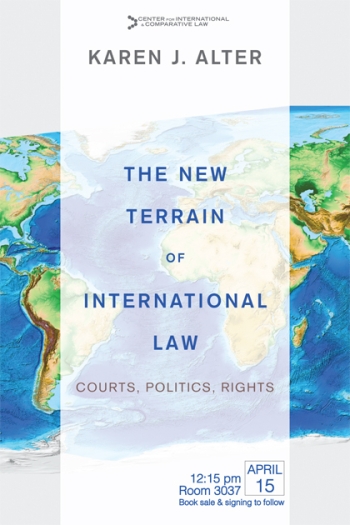 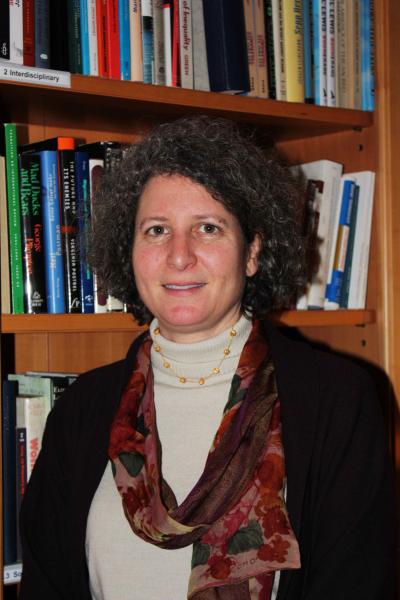 Karen J. Alter, Professor of Political Science and Law at Northwestern University, will give a talk titled after her newly released book, "The New Terrain of International Law: Courts, Politics, Rights." A book sale and signing will immediately follow. This lecture is sponsored by the Center for International and Comparative Law. Lunch will be served.

In 1989, when the Cold War ended, there were six permanent international courts. Today there are more than two dozen that have collectively issued over thirty-seven thousand binding legal rulings. How does the proliferation of international courts affect international politics? Presenting from her new book, Professor Alter will chart the developments and trends in the creation and role of ‘new style’ international courts, and explain how the delegation of authority to international judicial institutions influences global and domestic politics.