Kerry Abrams selected as next dean of Duke Law School 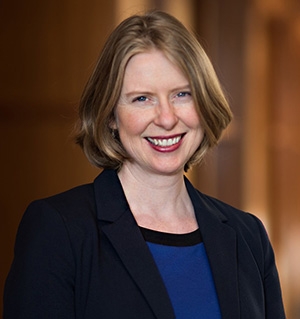 Karen L. “Kerry” Abrams, the vice provost for faculty affairs and professor of law at the University of Virginia, has been selected as the next dean of Duke Law School, Duke University President Vincent Price and Provost Sally Kornbluth announced Friday.

Abrams is a leading national authority in both immigration law and family law.

Abrams will succeed David F. Levi as the James B. Duke and Benjamin N. Duke Dean of the School of Law on July 1. She will be the 15th dean of the Law School. Levi announced last June that he planned to step down at the end of the current academic year after leading the Law School for 11 years.

“Kerry Abrams is one of the brightest stars in legal education, and I look forward to welcoming her to Duke,” said Price. “She is a renowned scholar, a passionate advocate for students and faculty, and a deeply engaged citizen of the university who will advance Duke Law School’s already exemplary record of leadership and service to society.”

“I am confident that Kerry will be another transformative dean for Duke Law,” said Kornbluth. “She understands our commitment to excellence in education, engagement, and scholarship that crosses disciplinary boundaries. I look forward to welcoming Kerry and her husband, Brandon Garrett, to the Duke community.”

Kornbluth added, “We are all grateful to Professor Helfer and the search committee for conducting a thorough and inclusive process, and of course to David Levi, whose leadership has set the highest standard for the future.”

“I am honored to have been chosen to lead such an outstanding law school, and am grateful to President Price and Provost Kornbluth for inviting me to join the Duke family,” said Abrams. “Duke Law School's students are extremely talented and motivated, its faculty and staff are devoted teachers, researchers, and professionals, and its alumni are passionate in their devotion to the school and their contributions to the legal profession and beyond. I can't imagine a more exciting opportunity.”

As vice provost for faculty affairs at the University of Virginia, Abrams oversees the faculty promotion and tenure process, coordinates faculty recruitment and retention, develops university policies governing faculty, and designs and delivers programs to support the leadership and professional development of faculty. 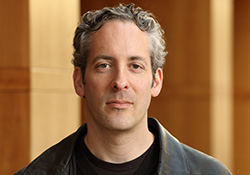 Abrams will be joined at Duke by her spouse, Brandon Garrett, who will be a professor of law. Garrett currently serves as the White Burkett Miller Professor of Law and Public Affairs and Justice Thurgood Marshall Distinguished Professor of Law at the University of Virginia. He is a widely-cited authority on criminal procedure, wrongful convictions, habeas corpus, corporate crime, scientific evidence, civil rights, civil procedure, and constitutional law whose recent research includes studies of DNA exonerations and organizational prosecutions. His most recent book is “End of Its Rope: How Killing the Death Penalty Can Revive Criminal Justice,” published in 2017 by Harvard University Press. It examines data collected on all death sentences in the U.S. from 1990 to 2016, and develops a theory of why imposition of the death penalty has declined so quickly.

Abrams is a graduate of Swarthmore College, where she earned a B.A. in English literature with highest honors. She graduated with distinction from Stanford Law School, where she was president of the Moot Court Board.

After law school, she clerked for Judge Stanwood R. Duval Jr. of the U.S. District Court for the Eastern District of Louisiana and practiced law for several years in the litigation department of the New York law firm Patterson, Belknap, Webb & Tyler, primarily handling intellectual property and employment discrimination cases.

From 2002 to 2005, she taught in the Lawyering Program at New York University School of Law. She has been on the law faculty of the University of Virginia since 2005.

Levi, who became dean in 2007 after serving as Chief U.S. District Judge for the Eastern District of California, has presided over major expansions of faculty, research, academic programs, and fundraising at Duke Law, and built on its reputation as one of the world’s top law schools. He also guided the law school through a turbulent period in the legal economy and legal education resulting from the global financial crisis and subsequent recession.