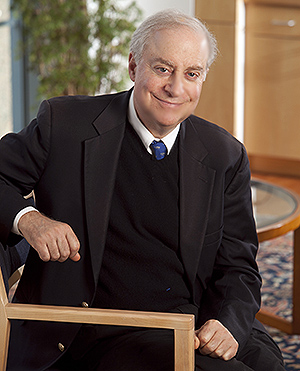 David F. Levi, the 14th dean of Duke Law School, will step down in June 2018, he announced in a letter to alumni and friends today.

“I thank my lucky stars and President Brodhead for giving me the opportunity to be dean of Duke Law,” said Levi. “We have something very special here in the culture of the place. I am proud of what we have accomplished in the past 10 years and what we are poised to accomplish in the years to come. I am also filled with a sense of gratitude to our wonderful faculty, staff, students, and alumni.”

Duke University Provost Sally Kornbluth praised Levi for his leadership of Duke Law.
“David has been a wonderful colleague in every way: innovative, creative, smart, and a pleasure to work with,” Kornbluth said. “He has led the Law School brilliantly and has set the stage for the continued success of a great school.”

Levi, who became dean in 2007, has presided over major expansions of faculty, research, academic programs, and fundraising at Duke Law. He also guided the Law School through a turbulent period in the legal economy and legal education resulting from the global financial crisis and subsequent recession.

Among Levi’s chief accomplishments during his tenure as dean:

Levi has taught courses on judicial behavior, legal history, and reforming the civil justice system in North Carolina. He is a fellow of the American Academy of Arts and Sciences, co-author of Federal Trial Objections and Federal Civil Procedure Manual, and recently served as chair of the American Bar Association’s Standing Committee on the American Judicial System and co-chair of the North Carolina Commission on the Administration of Law and Justice.

Levi is also a member of the American Law Institute, the nation’s leading law improvement organization, and became its president on May 24.