Lindsay says serving as Duke Law's chapter president "imparted me with the vocabulary to call the U.S. Constitution my own.” 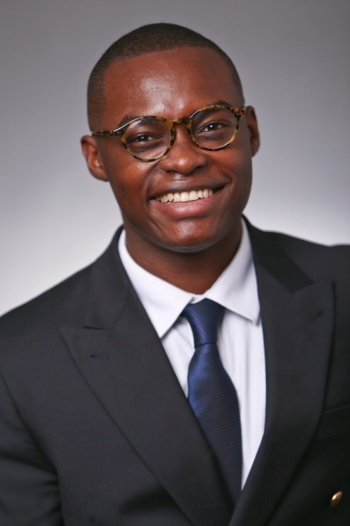 Andrew Lindsay ’21 has been selected by the American Constitution Society as one of its 2021 cohort of Next Generation Leaders. Lindsay is one of 28 law students nationwide chosen for the program, which identifies talented ACS student chapter members through a competitive process and helps cultivate their careers through special programs, opportunities, and networking.

Lindsay said serving as president of the Duke Law chapter of the ACS and hearing the words and optimism of guests including White House counsels, solicitors general, and civil liberties activists had “imparted me with the vocabulary to call the U.S. Constitution my own.”

“As an ACS Next Generation Leader and New American, I hope to build on the work of other progressives who seek to connect our founding document to the lived experiences of the immigrants, Black people, and indigenous Americans who made this country great.”

At Duke Law, Lindsay also served as co-president of the Duke Law & Technology Society, and chief of staff of the Black Law Students Association. He was editor-in-chief of the Duke Law & Technology Review, and was a special staff editor of the Duke Journal on Gender and Law Policy. He also has served as a research assistant for James B. Duke and Benjamin N. Duke Dean Kerry Abrams, Jerome M. Culp Professor of Law Trina Jones, and Clinical Professor Kate Evans, director of the Immigrant Rights Clinic.

After graduation he will join Davis Polk & Wardwell’s New York office, where he was a summer associate.

“We need dedicated, young progressive leaders who have the requisite skills, knowledge, and talent to act now during this critical moment in our country,” said ACS president and former U.S. senator Russ Feingold. “I am thrilled to welcome this class of 2021 ACS Next Generation Leaders. I am inspired by them and look forward to working alongside these talented leaders to achieve our mission.”

ACS has more than 200 student and lawyer chapters across the nation. The Next Generation Leaders network has more than 400 members. Lindsay credited ACS National Vice President Jill Dash ’00 with encouraging him to pursue a judicial externship with U.S. District Court Judge George Hazel of the District of Maryland, which he called “one of the most impactful experiences I’ve had as a law student.”