Mengyu Lu '08, who says studying at Duke gave her "the opportunity to learn about the world," will endow a scholarship for students in the international LLM program. 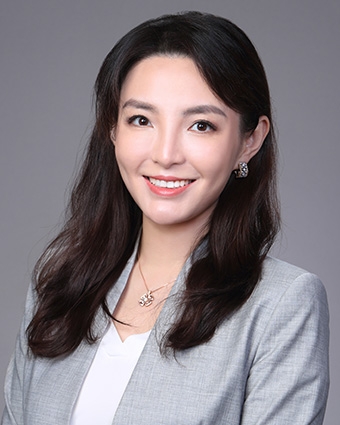 When Mengyu Lu LLM ’08 was considering coming to the United States to pursue graduate studies after earning her undergraduate degree at China University of Political Science and Law in Beijing, she wasn’t sure her parents would support her financially.

“They wanted me to stay in China,” she says. “They were afraid that if I went to the U.S., I wouldn’t come back.”

Lu applied anyway and was admitted to Duke Law on the Anna Ho Scholarship. Now a successful and well-respected partner at Kirkland & Ellis in Hong Kong, Lu has made a pledge to endow a scholarship herself, one that she hopes will make it possible for more international students to come to Duke for their LLM degree no matter their ability to pay.

“Over the past 10 years, I worked very hard as a lawyer, and now, I'm running my own practice, so I think it's time to give back,” she says. “I want to help students, because I think there are many students who really need financial support or who are just like me, who want some independence.”

The LLM program at Duke is designed to introduce graduates of foreign law schools to the legal system of the United States and to provide the opportunity to take advanced courses in specialized areas of the law. Typically 90 to 95 students from 35 to 40 different countries enroll each fall.

Jennifer D. Maher, associate dean emerita for International Studies, says Lu is a perfect of example of why Duke’s admissions process for LLMs is so rigorous and enrollment in the program is kept relatively small, enabling students to fully integrate into the life of the Law School.

“Duke Law School looks for LLM applicants who, as Mengyu did, demonstrate a record of intellectual curiosity and service to the community,” Maher says. “We are so pleased that Mengyu has used her Duke Law education to enter into a successful career, while continuing her commitment to intellectual growth and public interest, and has followed the model of Anna Ho in making a generous gift to allow the next generation of LLM students the benefit of a Duke Law education.”

Lu recalls her LLM year at Duke as a very happy time and largely what she had expected it would be: a rigorous and fast-paced course of study learning U.S. law and the context for it. Her only complaint was how difficult it was to find hot water instead of the ice-cold drinks that Americans consume year-round.

But by the start of the spring semester, the onset of the global financial crisis and a recession in the U.S. began to rattle the legal job market. Summer positions and post-graduate offers began to be deferred or rescinded. Lu and her fellow students in both the LLM and JD programs leaned on each other for support, whether it was contacts, leads on job openings, or just encouraging words.

“Probably the most special part for that year was the second semester,” Lu says. “We tried to help each other, to motivate each other, even though we didn’t have many resources at that time.”

Lu has earned a reputation as a savvy capital markets specialist, advising companies on IPOs and other listings on the Hong Kong exchange as well as pre-IPO financings in the healthcare, consumer, and technology sectors. She was named to the International Financial Law Review’s Best Asia Lawyers list and recognized as “Highly Regarded” in equity and debt in the 2022 IFLR1000. She was also recognized by Asian Legal Business on its 2021 Asia “40 under 40” list and made Chambers Asia-Pacific’s 2022 “Leading Lawyer” lists.

“She is very knowledgeable and experienced, as well as very client-focused and easy to work with. She is critical to keeping the transaction going, giving very good advice,” Chambers wrote.

Lu stands out as the rare lawyer with a PhD, which she earned in Economics from the Chinese Academy of Social Sciences in 2013. But she says she chose a career with an international firm because it would enable her to continue learning, whether it’s about the founders and companies she advises or the industries in which they operate.

She also stands out for her ongoing commitment to social responsibility and helping others.

At Duke she recalls Judy Horowitz, then the associate dean for international studies, telling her that a big factor in receiving a scholarship was her diverse resume, which included stints in college providing legal aid services and teaching underprivileged children, and as a lawyer, she encourages her team members to commit to pro bono projects.

“Studying at Duke gave me the opportunity to learn more about the world,” Lu says. “And that's why I want to give back what I can to other students, to the next generations."