Margaret H. Lemos will join the Duke Law faculty on July 1 as a professor of law. A scholar of constitutional law, federal courts, and civil procedure, Lemos writes about the institutions of law interpretation and enforcement and their effects on substantive rights. She comes to Duke from the Benjamin N. Cardozo School of Law, where she is an associate professor.

“Professor Lemos is a wonderful addition to our faculty,” said Dean David F. Levi. “She is an energetic public law scholar with a distinct perspective and a facility for reimagining questions from a new viewpoint. She also is a superb teacher and mentor who will contribute greatly to our students’ experience at Duke Law.”

Prior to launching her academic career at Cardozo in 2006, Lemos was a Furman Fellow and then the Furman Program coordinator at the New York University School of Law. She clerked for Judge Kermit V. Lipez of the United States Court of Appeals for the First Circuit from 2001 to 2002 and then served a year as a Bristow Fellow in the Office of the Solicitor General in the U.S. Department of Justice. She also clerked for U.S. Supreme Court Justice John Paul Stevens.

A productive scholar, Lemos writes in four related fields: federalism and the relationship between federal and state enforcement authorities; administrative law, including the relationship between courts and agencies; statutory interpretation; and civil procedure. She also is a highly regarded teacher; Cardozo students voted Lemos the “best first-year teacher” in 2010 and in 2011.

“Maggie Lemos is an award-winning teacher, an institutional citizen of the first rank, and an excellent scholar of administrative law, legislation, procedure, and federalism,” said Neil Siegel, professor of law and political science and director of Duke’s Program in Public Law. “An expert on statutory implementation, Maggie examines what happens to legislation after it is enacted, and she clarifies the ways in which the ‘how’ of enforcement and interpretation determine what the law really means in practice. This illuminating approach has led her to write recently about courts, agencies, private plaintiffs, and state attorneys general.”

“For me, the best parts of being a law professor are interactive ⎯ they happen when students and faculty members get together to think and talk about the law and legal systems, not when we professors are holed up alone with our computers,” Lemos said. “Duke is a great place for those interactions, as it combines impressive student and faculty credentials with a real emphasis on collegiality. My scholarly interests touch on several different fields, and being part of Duke’s fantastic public law faculty will give me an opportunity to work with ⎯ and learn from ⎯ colleagues in all of those fields.”

Lemos adds additional strength to the Law School’s renowned constitutional and public law faculty, which includes Ernest Young, Curtis Bradley, Neil Siegel, Guy-Uriel Charles, and Joseph Blocher; Christopher Schroeder, the Charles S. Murphy Professor of Law and Public Policy Studies, is on leave while heading the Office of Legal Policy in the U.S. Department of Justice. Duke also is home to the Program in Public Law, which sponsors scholarship, symposia, and other programming to promote a better understanding of public institutions and the constitutional framework in which they function. The Program in Public Law is generously supported by Richard Horvitz ’78. 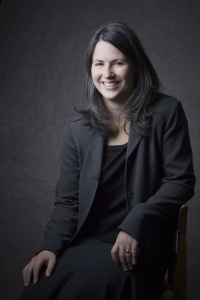