“We are delighted to welcome Matt Adler to our faculty,” said Dean David F. Levi. “He is a wonderful scholar, colleague, and teacher. He is the kind of thinker who can change a field. He is the kind of colleague who generates new ideas and intellectual excitement in others. And he is the kind of teacher and mentor who can inspire students and bring them to a new level of attainment.”

The author of numerous articles and several books, Adler recently published Well-Being and Fair Distribution: Beyond Cost-Benefit Analysis (Oxford University Press 2012), which provides a comprehensive, philosophically grounded argument for using social welfare functions as a framework for evaluating governmental policies. His edited volume, The Rule of Recognition and the U.S. Constitution (Oxford University Press, 2009; edited with Ken Himma), explores the intersection of jurisprudence and constitutional theory in discussing the applicability of legal philosopher H.L.A. Hart’s notion of a “rule of recognition” to the U.S. legal system. Adler currently serves as an editor of Legal Theory, the leading journal in the area of law and philosophy.

“My scholarly approach, throughout my career, has been to use the rigorous tools of philosophical analysis to address problems of public law, such as risk regulation, constitutional theory, and cost-benefit analysis,” Adler said. “Many of those problems also implicate welfare economics, and so much of my work lies at the intersection of law, philosophy, and economics.”

His current research concerns happiness and public policy. In a series of articles, he is critically evaluating “subjective well-being” surveys that correlate an individual’s happiness with income, employment, or health and the use of such measures in the development of public policy.

“This is a stellar hire for Duke,” said Curtis A. Bradley, the William Van Alstyne Professor of Law and the previous holder of the Richard A. Horvitz professorship that Adler now assumes. “Matt has done groundbreaking work on risk and policy analysis, especially concerning the use of cost-benefit methodology and the evaluation of well-being. He is also a leading expert on constitutional theory and jurisprudence, having written important articles on topics such as the rule of recognition and popular constitutionalism. In addition to being a great scholar, he is a wonderful colleague who has insights on a vast range of topics and is generous with his time — he is the type of person who makes everyone around him better.”

Adler holds a B.A. and J.D. from Yale Law School, where he was a member of the Yale Law Journal. He was a Marshall Scholar at Oxford University, where he completed an M.Litt. in Modern History.

Adler, who will teach constitutional law and administrative law at Duke, said he is particularly excited to become part of Duke Law’s “vibrant” public law faculty and to engage with faculty in other fields and disciplines across campus. “Duke Law is a marvelous, tight-knit intellectual community,” he said. “As an interdisciplinary scholar, I also look forward to interacting with the philosophy and economics departments, public policy school, and other schools and departments at Duke.” 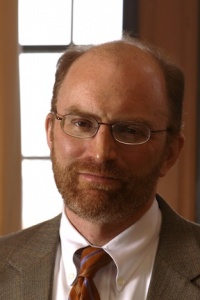