The meaning of legal aid 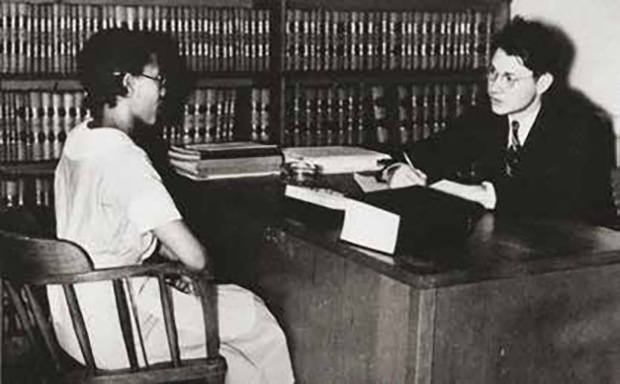 In 1930, when Justin Miller became dean of Duke Law School, one of his first hires was a former colleague from the University of Southern California, John S. Bradway. A former legal aid lawyer, Bradway had organized an experimental summer course in which USC students handled simple cases for indigent clients under the supervision of faculty. While a number of law schools had opened “dispensaries” operated either by students or in partnership with legal aid societies or the local bar, none had established a viable in-house legal aid clinic. With Miller’s encouragement, Bradway would travel east to make Duke the first.

This was no small undertaking. Among the potential obstacles the clinic faced were Durham’s small population and the conservative, rural character of North Carolina, not to mention the fear that Duke wanted to take business from local lawyers.

“Preliminary predictions of failure were not wanting,” Bradway later wrote. But after he and Miller met with the Durham Bar Association to assure it that the clinic would follow the standard legal aid practice of limiting clients to those who couldn’t pay, opposition dissipated. Within six months of opening in the basement of the Law School building in October 1931, it had received 129 applications from potential clients from as far away as California and Great Britain.

Bradway would direct the Duke Legal Aid Clinic for the next 28 years. In frequent writings, he argued that clinical education benefited many more than just the needy. It helped the bar ensure new lawyers were admitted with experience serving “flesh and blood clients” with “actual human problems.” It helped law schools such as Duke build relationships in the community, just as medical school clinics had done. And it provided an opportunity for the legal profession to show its more humane side, as he wrote in the 1954 Louisiana Law Review article excerpted here. Under Bradway’s pioneering leadership, the belief in a lawyer’s duty to all people would take hold at Duke Law, and it remains a core value to this day. 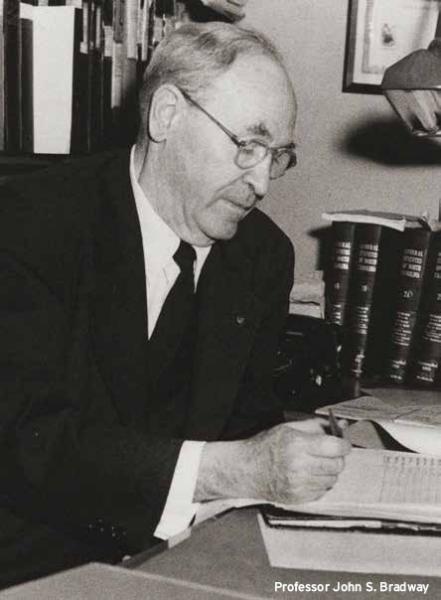 Some people seem to assume that the term “legal aid client” is synonymous with “dead beat,” “pan handler,” the man who makes a profession of getting something for nothing, something for which he should pay. He is imagined to be one who seeks to gain his objective by misrepresenting his economic condition. There is no particular value in attempting to deal with this misconception by argument. The best answer is for any interested person to spend a few hours as a spectator in the office of a busy legal aid society. There he will be able both to see for himself and to draw his own first hand conclusions. A similar lay misunderstanding obscures from some clients the humanitarian impulses of the lawyer. Too many people jump to the assumption that no applicant will be received in a lawyer’s office unless and until he has money in his hand to pay a fee or at least a sizable retainer. Here again is a matter in which argument is of little value per se. The best answer is for any interested lay person to consult a lawyer and find out for himself. In fact, clients would find it a good habit to see their lawyers twice a year.

Legal aid work is not only the client’s state of mind. It is also a professional point of view. The statutes in the various jurisdictions which define the phrase “practice of law” award to the members of the bar what amounts to a monopoly. The privileges of this monopoly, of course, are fully balanced by the obligations. One of these obligations, recognizing that laws and principles of justice do not implement themselves, devolves upon the members of the bar a large portion of the duty to see that justice according to law is actually administered to each of our fellow citizens, if, when and as he needs it.

The federal and state constitutions, in various wordings, promise the public “the equal protection of the law.” Inter alia this promise seems to require that in a republic the quality of justice a man receives should depend upon the merits of his cause rather than upon the amount of money he happens to have in his pocket. If the client can pay a fee commensurate with the quality and quantity of services rendered by the lawyer the transaction presents few complications of present concern. If, on the other hand, the client can pay only a token fee, or none at all, the professional obligation on the lawyer to serve him would appear to be every bit as great as it is to assist his more fortunate neighbor.

Legal aid work is evidence of the lawyer’s recognition of that professional obligation not only to the individual client but to the general public. Sometimes it is assumed individually. At other times it is a matter for joint action through the bar association.

In still other places the service is performed in a sense vicariously through a legal aid society staffed by lawyers and supported financially by the public, a system somewhat analogous to the organization of the free clinics operated by our sister profession — medicine. To a lawyer legal aid work is a part of the overall public relations program of the organized bar. In some respects it is the most effective part of that program. It does not limit itself to promulgating a statement of general principles. It is a realistic humanitarian implementation. It comes home individually to every man’s fireside.

Legal aid work finally is an answer of the organized bar to a demand from the general public. The public, not unreasonably, requires that the legal principles implicit in what we call the American way of life should function realistically.

The legal aid movement is a front line trench in the present global cold war. The prize in that war is the enthusiastic approval of reasonable men. What we say about the American system may win our side converts. What we are able to demonstrate as to its relative effectiveness in comparison with the performance of foreign ideologies speaks louder than words. In the light of this challenge we may understand the zeal of those who man the legal aid front line trenches. We may also wonder whether there might not be more replacements.