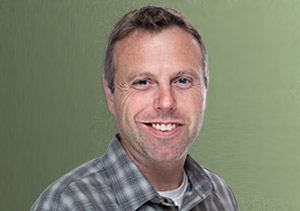 Michael Hiatt says he grew up with two primary passions: music and nature. He indulged the first while working, after college, in the artists and repertoire department at Sony Music in Nashville. But following a move to Colorado, the second propelled him into a career as an advocate for the environment as a public interest lawyer.

As a staff attorney at Earthjustice in Denver, Hiatt currently focuses on the transition from fossil fuels to a clean energy economy in the Rocky Mountain West. His clients include national, regional, and local environmental groups and communities.

Hiatt is currently fighting attempts by utility companies to undermine — to “gut,” he wrote in a recent blog post — net metering, the economic model that underpins rooftop solar in Arizona and Colorado, two top solar-producing states. In a series of regulatory proceedings on behalf of the grassroots advocacy group Vote Solar, Hiatt and his Earthjustice colleagues are opposing Arizona utilities’ efforts to change the rules for compensating solar customers for the energy they send back to the grid.

“Many utilities have put forward proposals to eliminate net metering and impose other charges on solar customers” Hiatt says, noting recent attempts to increase fixed charges and impose mandatory demand charges on customers with solar panels. “They hope to compensate customers at a lower rate, which would dramatically change the economics of rooftop solar.” He believes their ultimate goal is to limit the growth of rooftop solar and preserve the traditional utility model, where the utilities — rather than customers — control energy generation. Imminent administrative rulings in Arizona are likely to be consequential, he says.

“We’re hopeful that we’re standing on the precipice of dramatic and quick evolution in the energy industry,” Hiatt says. “We are advocating for policies that will allow rooftop solar to continue to grow, and that will capitalize on storage, electric vehicles, and other emerging technologies that will provide customers with more choices and greater energy independence.”

For four years, Hiatt worked closely with a coalition of environmental groups fighting a constitutional challenge to Colorado’s ambitious renewable energy standard. The challenge, brought by a free-market energy and environmental group, charged that the standard requiring utilities to incorporate clean, renewable energy into their mix of electricity sources impermissibly controlled interstate energy pricing and sales. “The Dormant Commerce Clause doesn’t come up all that often in my line of work — it was sort of Con Law 101 getting prepared for the case,” jokes Hiatt. “The plaintiffs made it very clear that that they were using Colorado as a test case to put wind energy, in particular, ‘on trial,’ and if they won, they’d go across the nation and make similar claims against other states’ renewable energy standards.” In July 2015, Colorado prevailed in the U.S. Court of Appeals for the Tenth Circuit. “It was a good victory and, hopefully, an important one to affirm the authority of states to transition towards a renewable energy future,” he says.

Last year, Hiatt argued a Clean Air Act case on behalf of the Sierra Club and the National Parks Conservation Association, as intervenors, before the Ninth Circuit Court of Appeals, which handed down a favorable ruling in February. The court upheld the U.S. Environmental Protection Agency’s (EPA) right to order several large coal-fired power plants in Arizona to significantly reduce their air pollution by installing updated pollution controls. The case involved the “regional haze” rule, which protects air quality and scenic views in national parks and wilderness areas.

“Arizona, Utah and the surrounding states have some of the highest concentrations of national parks and wilderness areas in the country, so these regional haze plans are exceptionally important,” says Hiatt. “EPA’s actions will help clean up the air in the Grand Canyon and several other iconic national parks.”

Hiatt’s ability to master complex technical and legal concepts in an emerging area of the law make him both a credible and highly effective advocate, says Heidi McIntosh, the managing attorney in Earthjustice’s Rocky Mountain Office. “Michael’s intelligence, curiosity and dogged determination all combine to make him an outstanding litigator,” she says. “Most recently, his work in state public utility commission proceedings and in federal court has been at the cutting edge of renewable energy litigation, and in key states like Colorado, is moving utilities away from reliance on dirty fossil fuels to clean, renewable sources of energy like rooftop solar.”

“The journal and the clinic were two main focus areas of my time at Duke and the multi-disciplinary aspect of both is unique,” says Hiatt, who served as DELPF editor-in-chief in his third year. “You get a chance to collaborate with students from the Nicholas School for the Environment as well as law students. That was a valuable experience, because once you get out and start practicing, you spend a lot of time working with scientific and technical people. And to get a chance to begin doing that in law school was tremendous.”

He also enjoyed representing a small grassroots environmental organization on a state Endangered Species Act case in the clinic. “In environmental litigation you sometimes have limited contact with the people on the ground who are most affected by agency decisions,” he says. “My clinic case gave me a great chance to work closely with clients who were ‘living the issue’ and felt very strongly about it. To be a voice for them through the legal process was a great opportunity.”

Hiatt’s resolve to return to the Rocky Mountain West as a public-interest environmental lawyer helped focus his post-graduation job search. He started a Bridge-to-Practice fellowship with the Environmental Defense Fund in Boulder after taking the Colorado bar exam, but soon was offered a new, albeit temporary position at the EPA in Denver, where he had interviewed months earlier. His fellowship supervisor, a former EPA attorney, encouraged him to take the position, noting that working with government attorneys and agencies would yield useful insight for the future. Hiatt spent almost six months with the EPA, eventually returning to the Environmental Defense Fund for the remainder of his fellowship. He joined Earthjustice in 2010 as an associate attorney.

“An associate attorney position at Earthjustice was the ideal position I had been striving for during law school,” he says. Landing his dream job a year after graduation was consistent with advice a senior environmental attorney had once given him and that he thinks is useful for students with similar goals: A career in public interest environmental law may not always follow a direct path. “Public interest careers can involve some twists and turns, but the key is that if you know what you really want to do in your heart and you keep your eye on that ball and you do a good job, it can work,” he says.

From a practical perspective, Hiatt advises students to pursue varied experiences through internships and fellowships, through the clinic, and through summer positions, such as the ones he held at the National Wildlife Federation in Colorado and at Earthjustice in Montana.

“When you’re in law school and shortly after is a great point in your career — maybe the only point — to strategically work in different substantive areas and different types of practice,” he says. “This can be a great opportunity to build your skills and expose you to new issues and areas that may spark an interest and become a focal point of your career.”