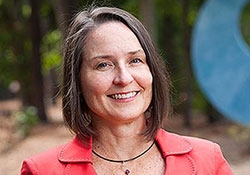 A North Carolina jury awarded plaintiffs damages of more than $50 million Thursday in the first of 26 cases filed by neighbors of hog farms against Murphy-Brown LLC, a subsidiary of the Chinese-owned global corporation Smithfield Foods.

In the trial, ten plaintiffs from Bladen County argued that a large-scale hog operation’s inadequate waste-management practices had a detrimental effect on their property values and health, and that the corporate owners knew of the problems that the open-air sewage pits used to store hog waste had caused on the surrounding area.

Professor Michelle Nowlin, supervising attorney for the Environmental Law and Policy Clinic, said the landmark verdict “proves, once and for all, that ‘cheap meat’ is a myth. Someone pays the price of production, and for far too long, that burden has been on the rural communities that are home to North Carolina’s factory farms.”

WUNC: The State of Things