Patrick Duggan spent part of his 1L summer in Beijing, working for King and Wood, China’s largest domestic law firm. Having the opportunity to research how different legal structures can be used to finance “clean development mechanisms” (CDMs) in China under the Kyoto Protocol was enlightening, says Duggan, who may make the mechanisms central to his thesis as he pursues a Masters in Environmental Science and Policy, in addition to a JD.

“Under the Kyoto Protocol, developed countries that find it too expensive to put in large ‘green’ energy plants — such as windmills, geothermal, or hydroelectric plants — can help finance similar projects in developing countries,” explains Duggan. “They can use the offset credits to meet their minimum requirements under Kyoto. Approximately 41 percent of the CDM market is in China, where the law requires more than 50 percent of each project to be owned by a Chinese national. So there are issues of getting around some of the hurdles set for the CDM market by China, domestically.”

Developed countries also aren’t always fully aware of what they are financing through CDMs, Duggan learned. “From the outside, it looks phenomenal — Kyoto is promoting sustainable development in developing countries,” he says. “But I learned that in the real world, it’s not that straightforward. With the way politics works in developing countries, some of the numbers may be exaggerated to complete these projects, and developed countries are spending a lot of money to invest in something that may not be sustainable and doesn’t produce the number of carbon credits they were initially promised.”

Apart from gaining familiarity with the CDM market and opportunities for foreign investment in renewable energy in China generally, Duggan appreciated the opportunity to be immersed in Chinese culture that his summer employment offered. Aiming to craft a career focused on “clean development” in developing countries — helping nations that lack infrastructure to develop it properly and economically without cutting corners — Duggan anticipates working in or with Asia in the future. He’s wasted no time in getting started, spending July at Duke’s Asia-America Institute for Transnational Law and even spending his 1L spring break in Tokyo at Waseda University’s Transnational Conference on Environmental Law, an intensive, week-long course on comparative environmental law and policy.

“I learned that in some ways the United States is lagging behind other countries, but in others, such as the more administrative areas of environmental law, we are leaders,” says Duggan. “You can get a sense of the good in each system and spot ways that you could incorporate the benefits of each different society’s legal system to make a better one.”

A summer-long tour of national parks when he was 12 sparked his keen interest in environmental issues, says Duggan, a native of Buffalo, N.Y. “When I got into college and saw a bit more of the world, I realized some of these areas were changing. It made me realize that I want my kids to be able to see the same things I saw with my father, like the glaciers in Glacier National Park.” He became an environmental consultant after graduating from Clarkson University with an engineering degree, working primarily with public institutions such as school districts and public universities to help them cut costs by making their operations environmentally friendly. He was working in Chicago and serving as a volunteer board member on the U.S. Green Building Council when he decided to make environmental law and policy his focus.

“I had been working with one school district in Western Illinois for more than a year, and had a solution for [their problem] when the entire project fell apart,” Duggan recalls, contrasting his frustration at the time with the success of a Council board colleague, a lawyer for the City of Chicago, in crafting a requirement that all new city buildings be at least “LEED Silver” certified. “By putting that policy in place he did more than I had been able to do in 13 or 14 months on the engineering side — with a lot less work and far greater sweeping impact,” observes Duggan. “I decided that law was a better way to make an impact than following the orders of lawyers, which I was doing before.”

Duggan chose to come to Duke for a dual degree because it offered the “best combination of law school and environmental school.” In the current academic year, he is serving as president of the Environmental Law Society, where he is spearheading an alumni mentoring program, director of pro bono environmental projects, and as student liaison to the Energy Subcommittee of Duke’s university-wide Sustainability Committee. Given the opportunities he has had to work on campus — and abroad with the assistance of Duke Law’s Office of International Studies — Duggan adds that Duke has far surpassed his expectations in terms of collegiality and opportunities for involvement with “the areas I really care about.” 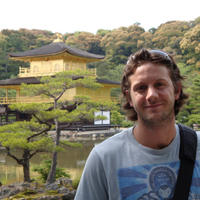 “I decided that law was a better way to make an impact than following the orders of lawyers, which I was doing before.” - Patrick Duggan '10