A Q and A with Professor Jonathan Wiener about The Reality of Precaution: Comparing Risk Regulation in the United States and Europe

Whether Europe or the United States adopts a more precautionary stance to the regulation of risks has been a matter of intense debate for decades. With risk now a global concern — and demands on policymakers to take protective action on risks ranging from chemicals to climate, food to finance, and tobacco to terrorism — this debate has potent implications for future regulatory policy and research, and could illuminate useful topics for transatlantic dialogue.

Jonathan Wiener, Duke’s Perkins Professor of Law, professor of public policy, and professor of environmental policy, undertook a detailed, multi-year examination of the question, along with a team of transatlantic legal scholars, scientists, and experts in specific areas of risk and regulation. The project examined a dozen case studies and assembled a database of almost 3,000 risks identified in the scholarly literature over the last four decades. Wiener, a past president of the Society for Risk Analysis, co-wrote several chapters of the book that he also co-edited with Michael D. Rogers, James K. Hammitt, and Peter H. Sand, titled The Reality of Precaution: Comparing Risk Regulation in the United States and Europe (RFF Press/Earthscan, 2011).

Global Matters: How did this project evolve?

Wiener: Michael Rogers and I started developing this project ten years ago when he came from Brussels to spend a year at Duke as a European Union visiting scholar. Peter Sand, from Germany, was a visiting professor here at Duke Law School soon after that. Of the four co-editors, Peter Sand and I are law professors, and Michael Rogers and James Hammitt are experts on science policy; two are Americans and two are Europeans. So the book has a multidisciplinary, transatlantic character, which is further reflected in the team of over twenty chapter authors.

The stimulus for the book was the debate over risk in the United States and Europe, and the claim that Europe has become more precautionary through the adoption of the precautionary principle. This claim is often posed as, “The U.S. used to be the leader in health and environmental protection, and Europe is now the leader,” or “Europe is setting global standards.” We thought those claims had been based on just a few examples, so we studied a much broader array of examples, and created a much more complete database.

This project is an analysis of a wide variety of risks and a wide variety of institutions. It studies the comparative law of public administrative regulation. Some of the case studies involve international law, such as the treaties on climate change, stratospheric ozone, and tobacco. All of the case studies compare the national domestic standards, the U.S. and EU regulations regarding the particular risks.

GM: How did your findings challenge the conventional wisdom regarding precaution?

Wiener: The claim of greater European precaution, drawn from just a few examples, did not hold up in our more comprehensive analysis. We found, both through a dozen case studies and through a quantitative analysis of several thousand risks over the period from 1970 to the present, that there was actually enormous variety in European and American risk regulations. There have been divergences over some particular high-profile cases — in both directions. Europe has been more precautionary than the U.S. about hormones in beef, genetically modified foods, toxic chemicals, and climate change. The U.S. has been more precautionary than Europe about mad cow disease, stratospheric ozone, fine particle air pollution, smoking tobacco, and terrorism. Those are just a few examples.

The upshot of the book is that the world is more complicated — the reality of precaution is not strictly that the precautionary principle has been adopted in Europe and not adopted in the U.S., but it is rather a pattern of both parity and particularity. We found roughly comparable overall levels of protection against risk in the U.S. and Europe over the whole period, coupled with particular discord over a few salient risks.

In the book we also analyze the causes and consequences of the patterns we found. Although the causes vary by case, we found that precautionary regulation is not generally determined by underlying legal systems or principles, but rather is often driven by political responses to economic pressures and to crisis events.

As to consequences, we observe in many of the cases that precaution can be helpful in guarding against emerging risks, but can also generate its own new risks. We counsel policymakers to adopt sensible precautions — what we call “optimal precaution,” not “maximal precaution” — in light of the complex web of risks into which policy is intervening. Unavoidably, we don’t just deal with one risk at a time. The world is an interconnected web of risks, and any policy intervention to affect one risk can also affect other risks.

GM: What policy recommendations did you and your colleagues make?

Wiener: In the last chapter of the book, we call for a more constructive collaborative relationship between the U.S. and Europe to evaluate and select the best regulations, and not to see each other as competing to be the most precautionary or stringent, nor competing to be less stringent in order to attract industry. We point to progress in the development of institutions for assessing regulatory impacts, both prospectively and retrospectively, both in the U.S. and Europe. We propose a transatlantic policy laboratory for exchanging ideas and testing different policy approaches as a more constructive way forward. 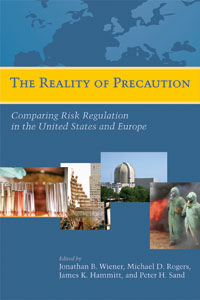 The Reality of Precaution: Comparing Risk Regulation in the United States and Europe 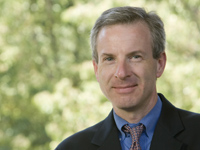