Qiao, expert on property and urban law with focus on comparative law and China, joins faculty

Shitong Qiao, who was previously on the law faculty at the University of Hong Kong, was a visiting professor at Duke Law during the spring 2019 semester. 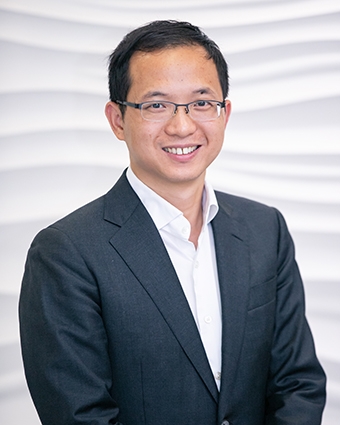 Shitong Qiao, an expert on property and urban law with a focus on comparative law and China, joined the Duke Law faculty on August 15 as a professor of law and the Ken Young-Gak Yun and Jinah Park Yun Research Scholar.

Qiao started his academic career at the University of Hong Kong in 2014, where he is now a tenured professor. He spent the spring 2019 semester at Duke as the Ken Young-Gak Yun and Jinah Park Yun Visiting Assistant Professor of Law. Qiao was a Law and Public Affairs fellow at Princeton University in 2020-21 and the inaugural Jerome A. Cohen Visiting Professor of Law at NYU in Spring 2020. He has also taught law and development in Shenzhen (Peking University School of Transnational Law) and Shanghai (NYU Shanghai).

"I am very happy to welcome Shitong Qiao back to Duke Law School,” said Kerry Abrams, James B. Duke and Benjamin N. Duke Dean of the School of Law. “Professor Qiao is an exciting scholar who has broken new ground with his empirical research. He is also deeply committed to teaching and mentoring students from all different backgrounds and to understanding and supporting the work of his colleagues.”

Qiao discovered an interest in the interaction between law, politics, and society and how law can or cannot affect people’s lives while an undergraduate at Wuhan University. He also developed a taste for fieldwork and ethnographic research as a means to “understand how things work.” After completing a master’s degree at Peking University, Qiao came to the United States and earned an LLM and JSD at Yale Law School.

“What I found particularly exciting is really the nature of law and also the interaction between law, politics, and society and how law can really shape ordinary people's lives,” he said.

In his first monograph, Chinese Small Property: The Co-Evolution of Law and Social Norms (Cambridge University Press, 2017), Qiao examined the informal market that provides housing for millions of Chinese outside the bounds of the legal system. The book won the inaugural Masahiko Aoki Award for Economics Paper from Tsinghua University and the Research Output Prize from the University of Hong Kong. In dissertation form, it won the Judge Ralph K. Winter Prize, awarded annually to the best student paper written in law and economics at Yale Law School.

His second monograph, The Authoritarian Commons: Neighborhood Democratization in Urban China (Law in Context series, Cambridge, forthcoming), investigates how homeowner’s associations have emerged as a means of local self-governance in major cities, working in concert, and competition, with the state. Like his previous book, it will be based on empirical research, including interviews, questionnaires, and experiments.

Qiao’s scholarship has been cited by scholars, policymakers, and Supreme People’s Court justices in China, and published in numerous law journals, including recent or forthcoming articles in the American Journal of Comparative Law, Law and Social Inquiry, Iowa Law Review, Minnesota Law Review, and Southern California Law Review. His works in progress include various projects to understand the co-evolution of law and social norms in the Chinese and comparative contexts, such as eminent domain, copyright and regulation of internet platforms, constitutionalism, and debt.

“Shitong Qiao is an ambitious scholar of Chinese property, property theory, and comparative law,” said Margaret H. Lemos, the Robert G. Seaks LL.B. ’34 Professor of Law. “Through his extensive fieldwork, he has already revealed important and under-studied aspects of property rights in China. Shitong is also a terrific colleague – always full of ideas, and genuinely interested in others’ work too. I’m thrilled he’ll be joining us at Duke.”

Added Professor Paul H. Haagen: “Shitong Qiao is a wonderful addition to the Duke Law faculty. He is a remarkably interesting and creative scholar of property law broadly defined, and he brings to that scholarship the insight of a sophisticated practical lawyer. The breadth and importance of his research is impressive.

“At a time when China, and its relationship to the United States, are ever more important, he brings a nuanced understanding of both Chinese and Western legal systems to our community.”

Qiao said he is excited to return to Duke, where he describes his semester as a visiting professor as the happiest of his academic career. He especially appreciated the “rigorous” intellectual climate and the feedback he received after presenting at a faculty workshop, as well as the friendly and supportive community of scholars he encountered, and he noted that he is still in touch with students from his semester at Duke.

“At Duke, the students actually strike a nice balance between being talented, working very, very hard, but also being friendly, being supportive, really caring about others, and having a good sense of community,” he said. “It's just such a friendly environment.”