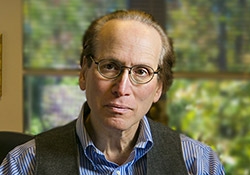 Steven L. Schwarcz, the Stanley A. Star Professor of Law & Business, has been honored by Durham University in Durham, U.K., with a distinguished honorary professorship. Durham University is also hosting a daylong symposium on May 28 titled “Financial Inclusion and Access to Credit” to mark Schwarcz’s inauguration as Distinguished Honorary Professor, at which he will deliver the keynote address.

Schwarcz’s scholarship includes such diverse areas as insolvency and bankruptcy law, international finance, capital markets, systemic risk, corporate governance, and commercial law. He has written extensively and testified before the U.S. Congress on topics including systemic risk, securitization, credit rating agencies, and financial regulation and has advised several U.S. and foreign governmental agencies on the financial crisis and shadow banking. Schwarcz, the founding director of Duke’s interdisciplinary Global Capital Markets Center (now the Global Financial Markets Center), is also a senior fellow of the Centre for International Governance Innovation (CIGI), among many other professional affiliations and honors.

Durham University confers honorary professorships on individuals who are of equivalent national or international standing in their fields as the institution’s faculty are in theirs. They are additionally based on the recipient’s outstanding professional achievement and recognition as leading experts within their professions and occupations, according to the university’s website.

“Steven, of course, met Durham’s standards,” said John Linarelli, professor of commercial law at Durham Law School. “He is one of the very top global authorities on financial law and regulation. It is our honor to have him as Honorary Professor with us. His work is groundbreaking and read and cited globally. The impact of his work is profound. We in the law school have decided to make his title ‘Distinguished Honorary Professor.’

“We hope that the affiliation becomes an enriching one between the two Durhams. There is much our universities hold in common, most notably our values and our commitment to world class scholarship and research.”

The symposium on financial inclusion, held under the auspices of Durham University’s Institute for Commercial and Corporate Law and supported in part by the transatlantic law firm of Womble Bond Dickinson, highlights both an important subject in financial regulation and the policy-oriented focus of Schwarcz’s recent scholarship, Linarelli added.

Both works, Schwarcz explained, outline how commercial law can be deployed to allow the poor “to use the property they inhabit, but do not legally own, as collateral to borrow, in order to start small businesses and become upwardly mobile.” Credit, he writes in his forthcoming article, is a commercial activity, and “[c]ommercial law should recognize the importance of reducing the wealth gap as a justification for allowing the poor to use their de facto rights in property as collateral. That would not only help to empower the poor with credit but also would facilitate sustainable finance that attracts arm’s length funding to supplement charitable and public resources.” He writes that solving the worldwide access-to-credit problem would control and possibly reduce the widening wealth gap between the rich and poor that threatens social and financial stability.

Schwarcz, who is currently serving as the MacCormick Visiting Fellow at the University of Edinburgh School of Law, said he is enormously gratified to be honored by Durham University.