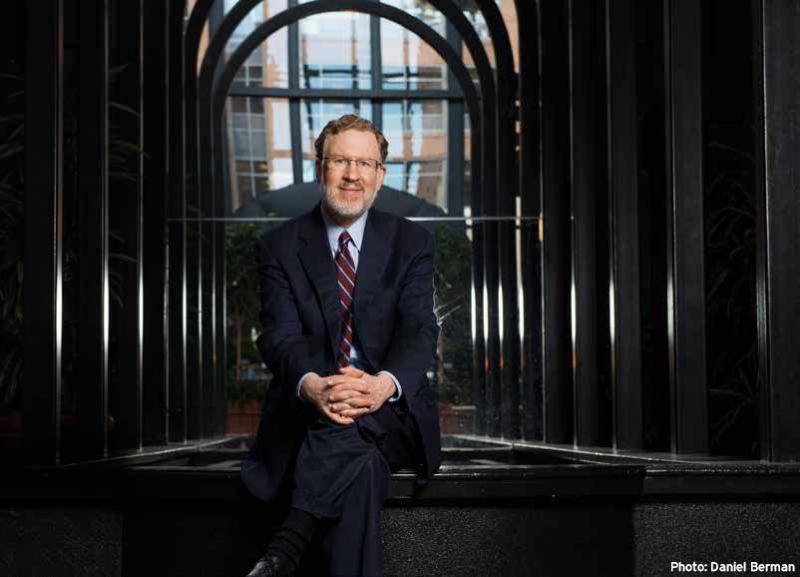 David Tarshes is clear about his motivations for becoming a lawyer: to help people, to work for justice, and to make the world a better place. During a 30-year practice in Davis Wright Tremaine’s Seattle office, where he was a litigation partner, he felt fortunate that many of the cases he worked on served those goals.

For nearly two decades, Tarshes was immersed in litigation stemming from the massive 1989 Exxon Valdez oil spill in Alaska. Davis Wright was one of the lead firms representing commercial fishermen, landowners, processors, Native American tribes, and others harmed by the spill. Tarshes headed the “law team,” which oversaw such matters as motions, appeals, and jury instructions. He also worked on a number of pro bono matters over the years, including a successful decade-long asylum action to reunite a married couple separated by conflict in the Democratic Republic of Congo.

When the Exxon Valdez and asylum cases finally wrapped up in 2009, Tarshes felt it was time for a change. “My sense was that there would be more opportunities to help people and have a positive impact on the world in a new job than if I stayed where I was,” he says. He had a longstanding interest in legal aid, one sparked by a summer job at Indiana Legal Services (supported by Duke’s PILF) during his student days, and stoked by service on the board of Washington Appleseed, a public interest advocacy organization. His Appleseed work also introduced him to attorneys at Northwest Justice Project (NJP), Washington’s largest civil legal aid provider. He decided to seek a position in legal aid.

In spite of his stellar qualifications, his active search for a position took more than two years, slowed by the recession that brought big funding cuts to legal services organizations dependent on public funding and interest from lawyers’ trust accounts. But in March 2013 he made his move, becoming one of three staff attorneys on NJP’s new Foreclosure Consequences Advocacy Team (FCAT).

Today, Tarshes works with people across Washington who have been affected by foreclosures, including homeowners who are losing or are in danger of losing their homes and tenants in properties being foreclosed. The work includes assisting victims of loan-modification scams, helping with clients’ transition to new housing, dealing with loan servicers who have prematurely entered clients’ homes and improperly disposed of their possessions, defending foreclosures by taxing authorities and condominium corporations, and addressing the systemic consequences of the foreclosure crisis. Tarshes’ unit was new at NJP when he came on board, so the team also was developing policies and procedures from a blank slate. For a lawyer with more than three decades of work experience, his first year involved a very steep learning curve.

“I had essentially no experience with real estate or foreclosure matters, so I was learning a new area of law from scratch, while getting used to the logistics of an organization new to me,” he says. “There were many days I went home exhausted.” Still, he and his colleagues quickly developed a fruitful collaboration. His colleagues had more expertise in the relevant substantive law and more knowledge about the social services resources available to clients, while Tarshes had more experience with strategy and tactics.

“David brings a wealth of litigation and practice experience that has provided significant benefits to our client community,” says Debi Perluss, director of advocacy and general counsel at NJP. “He mentors less experienced staff; he understands efficiency in providing services; he is able to quickly identify and call on private attorney resources to provide pro bono services to our clients on matters outside our immediate expertise; and he is able to interact and work with a diverse team. These are skills he brings with him from a long period of big firm practice experience.”

At his former firm, Tarshes generally worked on very large matters that took years to resolve. Few of his client contacts — institutional employees — faced personal consequences if a case was won or lost.

“Now I work on a few dozen matters at a time, many of which come to us with very short fuses,” he says. “It’s not unusual to be called by a new client who faces a threat of losing their home in a matter of days. If we can keep them in their homes, or get them more time to move, or recover some money from someone who has cheated them, it makes a huge difference.

Tarshes adds that he has come to appreciate the major impact that the clients’ limited resources have on their ability to deal with the demands of everyday life, not to mention the threatened loss of their homes. “They may not be able to afford to keep their phones in service and may have to think hard about whether they can afford to drive somewhere to drop off documents.”

The value of his team’s work is reflected, Tarshes says, in the “inappropriate” actions too often taken by opposing parties and counsel, who expect their opponents will be acting pro se. Tarshes has seen counsel file papers on the morning of a hearing without serving them, obtain orders ex parte without notice, and seek excessive fees in connection with default judgments without support from time records, to give just a few troubling examples.

“This sort of behavior may arise from carelessness or it may be intentional,”

Tarshes says. “But in both scenarios, it stems from the fact that these counsel know that most of the time they will not face lawyers on the other side. The odds are that they can disregard the law with impunity.

“It’s not much of a stretch to say that low-income people don’t have rights if they don’t have a lawyer to help enforce their rights.”

Given the enormous need for legal services and the relatively small number of lawyers providing them, Tarshes is skeptical that recruiting senior lawyers to take on legal aid clients pro bono can significantly plug the civil justice gap. “The demand for civil legal services for low-income people is too great and the supply of lawyers is too small,” he says. The Legal Services Corporation has estimated that less than 20 percent of civil legal needs of poor people are addressed with lawyers’ help.

But Tarshes does counsel those moved to make career transitions similar to his to use their civic and pro bono activities to “test the water,” as he did through his pro bono cases and Washington Appleseed work. He also advises that those seeking to make such a change have patience: “Because funding is limited, there aren’t that many opportunities available.”

More than anything, he says, they should think deeply about what will give them pleasure and what will make a contribution to the world.

“Those two things go together,” he says, quoting the advice of Dr. Albert Schweitzer: “‘I don’t know what your destiny will be, but one thing I do know: The only ones among you who will be really happy are those who have sought and found how to serve.’

“A number of people have told me that they can see I am happier since the move,” he says. “Knowing that I’ve helped make a positive difference in a person’s life is very gratifying. It’s especially so when we can remedy a situation in which someone has taken advantage of the client or when we can come up with a creative solution to the client’s problem.”