Sorrell to address Class of 2018 at graduation convocation 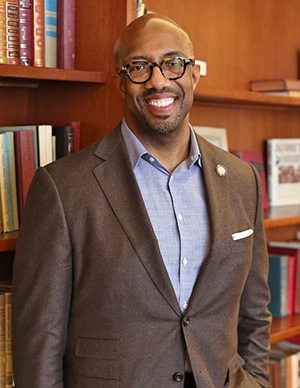 Michael J. Sorrell ’94, president of Paul Quinn College, will address the Class of 2018 at the Law School’s graduation convocation on May 12.

Sorrell has been recognized nationally for his turnaround of Paul Quinn, a historically black college in Dallas, Texas, that was in danger of closing when he took over in 2007. Emphasizing a philosophy of “servant leadership,” he has shored up the college’s finances, redeveloped its campus, and instituted work requirements for all students. He also turned the school’s football field into an organic communal farm, which he dubbed the “We Over Me Farm.” In 2015, Paul Quinn adopted a new student financial structure called the “New Urban College Model” that reduced tuition and fees and gave students the ability to graduate with less than $10,000 of student loan debt.

Last year, Washington Monthly named Sorrell one of America’s 10 most innovative college presidents, and he has twice won HBCU Male President of the Year from HBCU Digest. In April, he was named to Fortune magazine's list of the "The World's 50 Greatest Leaders." He received the A. Kenneth Pye Award for Excellence in Education from the Law Alumni Association in 2012.

At Duke, Sorrell was a founding member of the Journal of Gender Law & Policy and vice president of the Duke Bar Association. He earned a master’s degree from the Sanford School of Public Policy and serves on its board of visitors.

“I am so pleased and grateful that Michael Sorrell will address our graduates as they embark on their lives after law school,” said David F. Levi, the James B. Duke and Benjamin N. Duke Dean of the School of Law. “His transformation of Paul Quinn College is an inspiring example of the impact they can have in the world, no matter what path they decide to follow.”