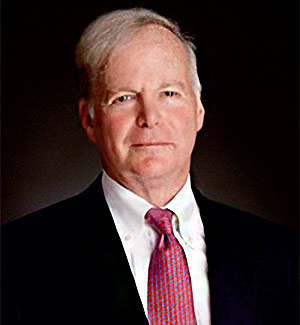 Even though he stayed with a single employer for 30 years, Stuart Feiner has enjoyed a career of remarkable diversity. As a senior mining executive and general counsel and, through his retirement, as a consultant, Feiner has worked in venture capital investments, corporate governance, environmental health and safety, public and governmental affairs, regulatory compliance, negotiations with aboriginal peoples, and cross-border transactions all over the world.

Feiner, who arrived at Duke with an undergraduate degree from the Wharton School and an MBA from Columbia (formally awarded after law school), landed at the Wall Street firm of Brown, Wood, Fuller, Caldwell and Ivey (now part of Sidley Austin) after completing law school. Although he enjoyed its blue-chip investment- banking client practice, he says he never planned to be in the law firm environment for long. “I wanted to get directly involved in businesses,” he says.

In 1976 Feiner joined Inco Limited., the Torontobased mining and metals giant that was — and remains, after several mergers and name changes, as Vale Canada Limited — one of the biggest producers of nickel, copper, and platinum-group metals in the world.

One of Feiner’s first assignments as an in-house counsel was helping to complete the financing for a nickel mining and processing facility in Indonesia, at the time one of that country’s largest projects outside of the oil-and-gas industry. But he quickly moved into ventures much farther afield from the company’s core business when he became involved in its venture-capital operation.

Inco had created a venture-capital unit as a means of diversification, a relatively common corporate strategy of the era, he says. “But unlike most of the other corporate players in venture capital, Inco looked at some of the early-stage biotechnology investment opportunities.” Inco took a stake in Genentech (now a subsidiary of Roche), and in 1978 helped found Biogen, now one of the biggest biopharmaceutical firms in the world. Inco then parlayed its early success in venture capital to become a manager of limited partnerships funded by a range of institutional and other investors for early stage venture-capital opportunities.

“I was involved in that process, helping to look at locations for Biogen,” he says. “With Genentech enlisting a number of leading scientists on the West Coast, we saw an opportunity, with Biogen, to enlist world-renowned scientists from Europe and on the East Coast. Biogen started with its base in Europe but then moved to the Boston area.”

Feiner was made president of Inco Venture Capital Management in 1984. Prior to that role, he had spent several years sorting out some of the company’s early misfires, such as divesting its investment in battery-maker ES B Inc., which Inco had acquired, in 1974, in a hostile takeover — in fact the first hostile cash tender offer for stock — in a bid for corporate diversification. According to Feiner, the venture-capital unit was “run solely on a return basis,” generating over a hundred million dollars in realized gains back in the mid-1980s.

But in 1992, Inco’s board decided to exit venture capital investment entirely and Feiner went back into the company to become vice president (soon executive vice president), general counsel, and corporate secretary. He moved, for 11 years, from Manhattan to Toronto, and his new posts took him around the world.

“At that point in time, Inco was a different company,” he says. “It had significant investments in Indonesia, it was much more global in scope in terms of what it was looking for.” He spent considerable time in Japan, Australia, and Brazil, in particular.

Feiner also oversaw several corporate functions beyond legal matters, including environmental health and safety, public and governmental affairs, and some of the largest acquisitions in the global mining business. The environmental and regulatory issues he faced through Inco’s massive mining operations in Canada, notably in Sudbury, Ontario, and Thompson, Manitoba, were particularly complex, he says.

“The ores were sulfide ores, subject to emission control orders that kept being amended in order to further reduce emission levels,” he says. “The company rebuilt its smelter in Sudbury to accommodate those standards, but we had to look at a whole range of other technologies during my tenure to do more.” Corporate governance in Canada and the U.S. and evolving corporate disclosures and compliance also presented an array of challenges, he adds.

Feiner developed unique insight into the resource rights and concerns of Canada’s aboriginal peoples and First Nations through Inco’s acquisition in two stages, beginning in 1995, of the large Voisey’s Bay deposit in Labrador. He was very much involved in negotiating so-called impacts and benefits agreements with the Inuit and the Innu Nations, who live, hunt, and fish in the deposit’s location. “They were probably the most comprehensive impacts and benefits agreements ever negotiated in Canada at that time,” says Feiner, who also negotiated with First Nations in Ontario over Inco’s impact on their traditional lands and rights.

After his retirement from Inco in 2006, Feiner used that experience to help various First Nations in their negotiations with mining companies. He describes his extensive work with the chief and leadership of one First Nation in the Yukon as a particularly satisfying experience.

In addition to staying engaged with mining and resource matters through consulting and board memberships, Feiner joined the private- equity world as a consultant in 2011, working with a Texas-based private-equity fund group focused on international natural resource investment. And he remains an avid traveler, often exploring the world on two wheels; Feiner and his wife, Randi, spent part of January cycling in India.

Asked about the most satisfying aspect of his work at Inco, Feiner quickly replies: his colleagues. “The people I worked with were remarkable in being committed to Inco and being committed to doing the right thing,” he says. He has demonstrated a similar commitment to Duke Law School, even though he also holds degrees from two other top institutions.

“I found Duke consistently supportive of what I have wanted to do philanthropically,” says Feiner, who has made gifts in support of student scholarships, facilities, faculty-excellence funds to support research, and the Annual Fund.

“Regardless of the amount of the gift, Duke’s attitude has always been, ‘If you’re interested in doing something, we’ll help you see how you can do that,’” he says. “That is what has driven my support for Duke from the first scholarship program I created, which was probably 25 years ago.”

Adds Jeff Coates, who recently stepped down as associate dean for Alumni & Development at Duke Law: “Stuart understands the importance of evolving institutional priorities over time, which is why his support to Duke Law has included this wide range of important initiatives. I admire how Stuart has always remembered and given back to the Law School even as his impressive professional career had him working all around the world. I have been honored to help facilitate his philanthropy to the Law School.”

Feiner’s endowed scholarship no longer bears his name, but that of his friend, Bob Booth, a longtime international development officer at Duke University, who died in 2013.

“I developed a relationship with Bob over the years through his work on Duke’s behalf,” says Feiner. “When he passed away, I wanted to do something in his honor.”