'Conversations on Innovation: New Thinking and New Approaches,' sponsored by Duke Law's Center for Innovation Policy, will tackle issues ranging from the role of defense R&D and antitrust law to the competitive threat from China. 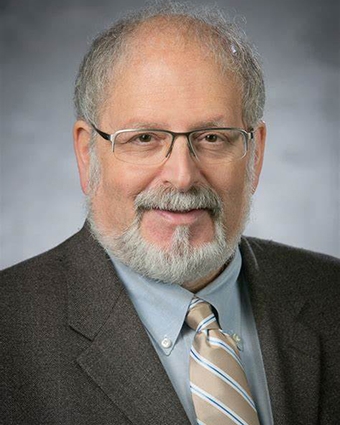 An ongoing series of virtual events at Duke is examining how to expand and improve innovative activity in all sectors of the U.S. economy.

“Conversations on Innovation: New Approaches and New Thinking” features discussions with leading voices in the development of policies and strategies to promote technological innovation in the United States from government, business, think tanks, and academia. The series is sponsored by the Law School’s Center for Innovation Policy.

The series resumes on Oct. 7 with Michael Brown, director of the Defense Innovation Unit at the U.S. Department of Defense. Brown will be joined by Denis Simon, the center’s executive director and a professor at Duke's Fuqua School of Business. The Duke Law Center on Law, Ethics and National Security and the Duke University Center for International and Global Studies are co-sponsoring the event (click here to register).

Brown leads a team within the Pentagon that focuses on accelerating acquisition of commercial technologies for military use and has outposts in Silicon Valley, Boston, and Austin, Texas. A former tech industry chief executive, he is the co-author of a study on how China participates in the venture capital ecosystem in the United States that was a catalyst for a 2018 law expanding the jurisdiction of the Committee on Foreign Investment in the United States (CFIUS).

“I hope Michael will talk about how the defense sector can play a more vibrant and dynamic role in helping to spur innovation across the United States,” said Simon. “We've had a narrow band of companies that have been selected to participate in these civilian and military acquisition efforts. Michael's job is to broaden that network and to see what emerging innovation streams he can tap into.

“The more high-performance the innovation system becomes, the more it's likely to have a better connectivity with our military.”

Simon said the purpose of the event series is to take a fresh look at innovation policy to ensure that it continues to promote the growth of America’s innovative capacity. That includes examining taxation, government funding, antitrust, and immigration policy. But, it also involves looking at the evolving role of the private sector and universities, the latter of which will be the focus of a conference the center will host in March.

“We've been talking about innovation all the way back to the 1970s,” he said. “What we think is it's not a simple linear trajectory from where we were at that time into the future, in terms of determining where the impetus is going to come from to increase the performance and productivity of our innovation ecosystem.”

The series continues on Nov. 3 with a program on innovation in China, whether it can maintain its torrid growth, and the risks of U.S. policies denying China access to key technologies. The event will feature Paul Triolo, of the Eurasia Group, Craig Allen of the US-China Business Council, and Matt Turpin of the Hoover Institution. Simon, who serves as senior advisor to Duke’s president for China affairs and was previously the executive vice chancellor at Duke Kunshan University, will moderate.

A program on Dec. 2 will focus on antitrust issues and the growth of large companies like Amazon and Facebook featuring Fiona Scott-Morton, a professor at Yale University and Carl Shapiro, a professor at University of California-Berkeley. Professor Arti K. Rai, the Elvin R. Latty Professor of law and faculty co-director of the center, will moderate. Earlier this year, Rai was appointed a senior advisor in the U.S. Department of Commerce, where she is advising on a range of issues involving innovation and technological competitiveness.

Simon said the center hopes to attract a broad audience for the events that includes students and faculty from across Duke, colleagues at peer universities, and stakeholders in Washington and the corporate world. Turnout for the initial events in the series has been strong, with more than 250 attendees at the most recent installment.

“I think that, that speaks to the fact that these issues are of central importance to people who are working in our government today and who are part of the private sector, where there is general agreement that we need to improve our innovative performance,” he said.  The burning question, according to Simon,  is “how to make this happen in some more coherent and consistent manner.”