Joseph Blocher's principal academic interests include federal and state constitutional law, the First and Second Amendments, legal history, and property. His current scholarship addresses issues of gun rights and regulation, free speech, the law of the territories, and the relationship between law and violence.

He has published articles on those and other topics in the Harvard Law Review, Yale Law Journal, Stanford Law Review, Duke Law Journal, Yale Journal of International Law, and other leading journals. He is co-author of Free Speech Beyond Words (NYU Press, 2017) and The Positive Second Amendment: Rights, Regulation, and the Future of Heller (Cambridge University Press, 2018). He serves as Co-Director of the Center for Firearms Law, has testified before House and Senate committees, and has written for the New York Times, Washington Post, Slate, Vox, and other public outlets. 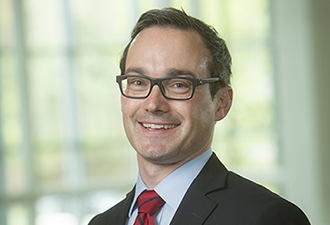