Curtis Bradley is the William Van Alstyne Professor of Law and Professor of Public Policy Studies at Duke University, as well as a co-director for the Center for International and Comparative Law.  His scholarly expertise spans the areas of international law in the U.S. legal system, the constitutional law of foreign affairs, and federal jurisdiction, and his courses include International law, Foreign Relations Law, and Federal Courts.  He was the founding co-director of Duke Law School’s Center for International and Comparative Law and serves on the executive board of Duke's Center on Law, Ethics, and National Security.  From 2012-18, he served as a Reporter for the American Law Institute's Restatement project on The Foreign Relations Law of the United States. In 2016, he received a Carnegie Fellowship to support his work on comparative foreign relations law. He is currently the co-Editor-in-Chief of the American Journal of International Law.

Bradley graduated magna cum laude from Harvard Law School in 1988. He then clerked for Judge David Ebel of the 10th U.S. Circuit Court of Appeals and Justice Byron White of the U.S. Supreme Court. After his clerkships, Bradley practiced law for several years at Covington & Burling in Washington, D.C. He began teaching in 1995 at the University of Colorado School of Law, and he received tenure there in 1999. In 2000, he joined the faculty at the University of Virginia School of Law as a full professor. In 2004, he served as counselor on international law in the Legal Adviser's Office of the U.S. State Department. He is currently a member of the Secretary of State's Advisory Committee on International Law. Bradley joined the Duke Law faculty in 2005.

Bradley has written numerous articles concerning international law, U.S. foreign relations law, and constitutional law. A third edition of his monograph, International Law in the U.S. Legal System, was published by Oxford University Press in 2020. He is the editor of the extensive Oxford Handbook of Comparative Foreign Relations Law, published in 2019.  He is also the co-author of two casebooks: Foreign Relations Law: Cases and Materials (Aspen Press 7th ed. 2020) (with Ashley Deeks and Jack Goldsmith), and Federal Courts and the Law of Federal-State Relations (Foundation Press 9th ed. 2018) (with Peter Low and John Jeffries). 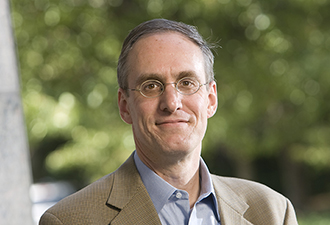