Guy-Uriel Charles joined the Duke Law faculty in 2009. He is currently the Edward and Ellen Schwarzman Professor of Law at Duke Law School. He is the co-director, with Mitu Gulati, of the Duke Law Center on Law, Race and Politics. He teaches and writes about constitutional law, election law, campaign finance, redistricting, politics, and race.  In 2016, he received the Law School’s Distinguished Teaching Award.  He has published over 30 articles in journals including the Harvard Law Review, Constitutional Commentary, The Cornell Law Review, The Michigan Law Review, The Michigan Journal of Race and Law, The Georgetown Law Journal, The Journal of Politics, The California Law Review, The North Carolina Law Review, and others.  He is the co-athor of two leading casebooks and two edited volumes.  He has been a visiting professor at Harvard, Berkeley, Georgetown, Virginia, and Columbia law schools. 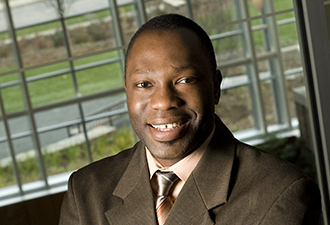