Hannah Demeritt, a Clinical Professor of Law, is a supervising attorney in the Health Justice Clinic.

Demeritt received her J.D., with high honors and membership in the Order of the Coif, from Duke Law School in 2004. She received her B.A. from Reed College (Portland, Oregon) in 1992. Between graduation from Reed and acceptance into Duke Law, she worked as a social worker, advocating for indigent clients, in Portland and in New York City. As a law student, Demeritt performed pro bonowork, interned at Legal Aid, and completed two of the Duke Law clinics. She was also a senior staff editor on Law and Contemporary Problems.

After graduating from Duke, Demeritt clerked for the Honorable Robin Hudson for three years, at the North Carolina Court of Appeals and the North Carolina Supreme Court. After clerking, she practiced for three years as a solo practitioner in Durham, representing primarily indigent criminal defendants at the trial and appellate levels. She also represented juveniles in delinquency court and served on the Executive Committee of the Juvenile Defense Section of North Carolina Advocates for Justice from 2008-2010. In 2010, Demeritt went to work as an assistant appellate defender in the North Carolina Office of the Appellate Defender. There, she served as co-counsel on JDB v. North Carolina, a case she had worked on pro bono in State court prior to joining the Office of the Appellate Defender. In June 2011, the U.S. Supreme Court decided JDB in her client’s favor.

From 2007- 2009, while still in solo practice, Demeritt also worked part-time in the Health Justice Clinic at Duke, travelling the State to supervise students providing offsite legal assistance. She also taught legal writing to 1L’s at North Carolina Central University School of Law. Demeritt has also been teaching legal ethics at Duke for several years and returned to work at Duke Law full-time, as a supervising attorney in the Health Justice Clinic, in 2011. 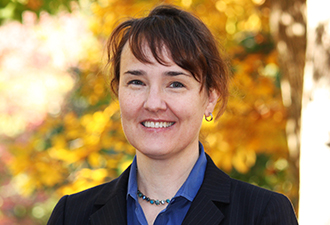