Nita A. Farahany is a leading scholar on the ethical, legal, and social implications of emerging technologies. She is the Robinson O. Everett Distinguished Professor of Law & Philosophy at Duke Law School, the Founding Director of Duke Science & Society, the Faculty Chair of the Duke MA in Bioethics & Science Policy, and principal investigator of SLAP Lab.

Farahany is a frequent commentator for national media and radio shows and a regular keynote speaker. She presents her work to diverse academic, legal, corporate, and public audiences including at TED, the World Economic Forum, Aspen Ideas Festival, Judicial Conferences for US Court of Appeals, scientific venue including the American Association for the Advancement of Science, the Society for Neuroscience, the National Academies of Science, Engineering and Medicine, the American Society for Political and Legal Philosophy, and by testifying before Congress.

Her current scholarship focuses on the implications of emerging neuroscience, genomics, and artificial intelligence for law and society; legal and bioethical issues arising from the COVID-19 pandemic; FDA law and policy; and the use of science and technology in criminal law. In addition to publishing in legal and scientific journals, as well as edited book volumes, Farahany is the author of the forthcoming book The Battle for Your Brain: Defending Your Right to Think Freely in the Age of Neurotechnology (St. Martin’s Press 2023).

In 2010, Professor Farahany was appointed by President Obama to the Presidential Commission for the Study of Bioethical Issues and served until 2017. She is an appointed member of the National Advisory Council for the National Institute for Neurological Disease and Stroke, an elected member of the American Law Institute and Fellow of the American Association for the Advancement of Science, past President of the International Neuroethics Society, an ELSI (ethical, legal, and social implications) advisor to the NIH Brain Initiative and to the Defense Advanced Research Projects Agency, an appointed member of both the Forum on Neuroscience and Nervous System Disorders and the Standing Committee on Biotechnology Capabilities and National Security Needs for the National Academies of Sciences, Engineering, and Medicine, and a member of the Global Future Council on Frontier Risks and Expert Network for the World Economic Forum. She served as Reporter for the Study Committee and later Drafting Committee on updating the Uniform Determination of Death Committee for the Uniform Law Commission. In 2022, she was appointed by Governor Roy Cooper to the NC Delegation for the Uniform Law Commission, and currently serves in that capacity. Farahany is a co-editor-in-chief and co-founder of the Journal of Law and the Biosciences and on the Board of Advisors for Scientific American. She also serves on scientific and ethics advisory boards for corporations.

Farahany received her AB in Genetics, Cell, and Developmental Biology from Dartmouth College, an ALM in biology from Harvard University, and a JD and MA from Duke University, as well as a Ph.D. in philosophy. In 2004-2005, Farahany clerked for Judge Judith W. Rogers of the U.S. Court of Appeals for the D.C. Circuit, after which she joined the law faculty at Vanderbilt University. In 2011, Farahany was the Leah Kaplan Visiting Professor of Human Rights at Stanford Law School. 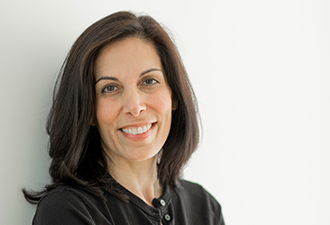