Elana R. Fogel is a clinical professor and the inaugural director of Duke Law’s Criminal Defense Clinic, expected to launch in spring 2023. She joined the Duke Law faculty in July from Federal Defenders of San Diego, where she was a trial attorney representing indigent persons accused of criminal offenses in federal court. She has practiced law at both the state and federal level.

Before joining Federal Defenders in 2017, Fogel was a post-graduate fellow at Harvard’s Criminal Justice Policy Program, where her work included advocating for oversight and transparency in the use of emerging science and technologies in policing and data-driven approaches to combating mass incarceration. Prior to that, she was a public defender at the Committee for Public Counsel Services in Boston.

Fogel earned her bachelor’s degree in politics from New York University, where she was a member of the women’s basketball team and all-academic team honoree. She received her JD from NYU School of Law, where she was a Root-Tilden-Kern Lindemann Family Public Service Scholar and worked at the Bronx Defenders and the American Civil Liberties Union’s Initiative to Combat Mass Incarceration. 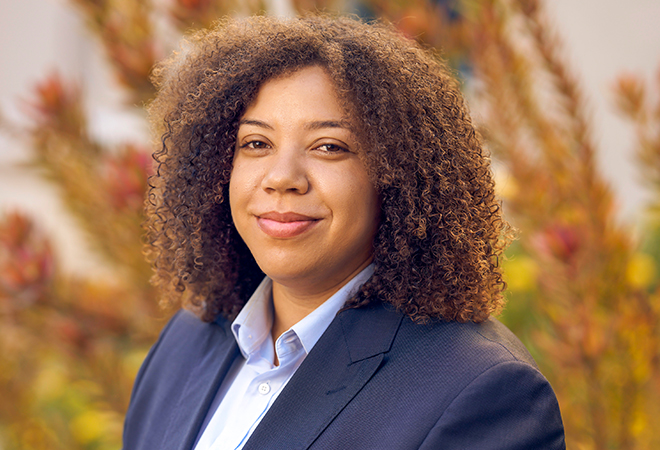