Gray joined the Duke Law faculty in 2019. Before coming to Duke, he was a partner at Hunton Andrews Kurth LLP in Houston and a member of the Issues and Appeals practice group. He practiced at the firm for almost 22 years and argued cases in the Fifth Circuit, the Ninth Circuit, the Supreme Court of Texas, and many intermediate courts of appeal.

Board Certified in Civil Appellate Law since 2005, Gray has been selected as a Texas “Super Lawyer” every year since 2007, and has been recognized by Benchmark as a “Local Litigation Star” in Texas and the Fifth Circuit. In addition to commercial and energy matters, his practice focused on complex health and managed care issues including ERISA preemption and billing fraud by medical providers. 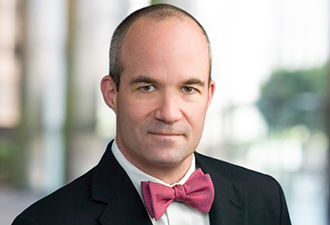