Jayne Huckerby (@jaynehuckerby) is clinical professor of law and the inaugural director of the International Human Rights Clinic at Duke University School of Law.

Huckerby focuses on fact-finding, research, and advocacy in the areas of gender and human rights, gender and national security, human trafficking, and human rights in U.S. foreign policy. She frequently serves as a human rights law expert to international and regional governmental organizations and NGOs, particularly on gender, human rights, and national security, and the nexus between trafficking and terrorism. She has written and co-authored numerous articles, book chapters, and human rights reports and she is editor with Margaret L. Satterthwaite, of Gender, National Security, and Counter-Terrorism: Human Rights Perspectives and of the Research Handbook on Gender Issues and Human Rights (forthcoming). She has also authored opinion pieces in The New York Times, Newsweek, TIME, and Just Security, as well as appearing on media outlets including ABC News, CNN, and NPR.

A native of Sydney, Australia, Huckerby received her LLB from the University of Sydney, with first class honors.  She has an LL.M. from NYU School of Law where she was a Vanderbilt Scholar, awarded the David H. Moses Memorial prize for graduating first in her LL.M. class, and was graduate editor on the Journal of International Law and Politics. She is admitted to the New York Bar. 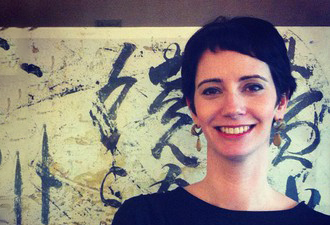