A renowned political scientist and legal theorist, Professor Knight’s scholarly work focuses on modern social and political theory, law and legal theory, and political economy. He holds a joint appointment with Duke Law School and Duke’s Trinity College of Arts and Sciences, where he teaches in the Politics, Philosophy and Economics Program. At the Law School, he teaches courses on social scientific approaches to law and courts, as well as courses on the political economy of social institutions. He is co-director of the Duke Law Center for Judicial Studies.

Professor Knight’s research focuses on the rules and norms that organize human activities in nations. In addition to study of the motivations and decisions of judges, he has examined the effects of the norm of extensive prior judicial experience as a prerequisite for service on the U.S. Supreme Court, as well as several other aspects of how courts make decisions and how judges choose their positions in opinions.

Professor Knight is the author of several books: Institutions and Social Conflict (Cambridge University Press, 1992), Explaining Social Institutions (with Itai Sened) (The University of Michigan Press, 1995), and The Choices Justices Make (with Lee Epstein) (Congressional Quarterly Press, 1997), which won the American Political Science Association’s C. Herman Prichett Award for the best book published on law and courts. He co-edited Courts, Judges and Politics (McGraw-Hill, 6th Edition, 2005) and has published numerous articles in journals and edited volumes on such topics as democratic theory, the rule of law, judicial decision-making, and theories of institutional emergence and change.

Prior to joining Duke Law in 2008, Professor Knight was the Sidney W. Souers Professor of Government at Washington University of St. Louis, where he served as chair of the Department of Political Science and was a fellow of the university’s Center for Political Economy. He also has taught at the University of Chicago and the University of Michigan and was an attorney with the Peninsula Legal Aid Center in Hampton, Va. He has served as a visiting professor at the International Center for Business and Politics of the Copenhagen Business School and a visiting scholar with the Russell Sage Foundation and the Max Planck Institute in Bonn, Germany. 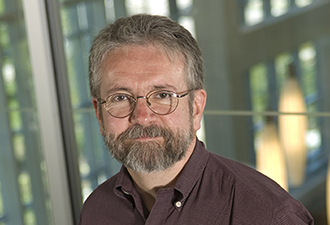