David Lange is the Melvin G. Shimm Professor of Law at Duke University.  He teaches courses in intellectual property, copyright, trademarks and unfair competition, and entertainment law. He speaks, writes, and lectures frequently in these fields.  He is the co-author of Intellectual Property: Cases and Materials, a casebook now in its 4th edition (West Publishing, 2012); and No Law: Intellectual Property in the Image of an Absolute First Amendment (Stanford University Press, 2009) (with H. Jefferson Powell). His recent observations on the Beijing Treaty on Audiovisual Performance (delivered at the Vanderbilt Journal of Entertainment and Technology Law’s 2013 Symposium on the Treaty)  are published as “From Berne to Beijing: A Critical Perspective,”16 Vand. J. Ent. & Tech. L. 1 (2013).

Prior to joining the Duke faculty in 1971, Lange worked in radio, television, and motion picture production, and as a practicing lawyer with an emphasis in media law. He acted subsequently for a number of years as counsel to a leading North Carolina law firm with an emphasis in copyright, trademarks, and unfair competition and related intellectual property matters.

Lange has testified by invitation before Congress. He gave the Twenty-Second Annual Donald Brace Memorial Lecture to the United States Copyright Society at Columbia Law School in 1992. An internationally recognized authority in his areas of specialty, he has also taught and lectured in Europe, Australia, and Asia. He has served as a pro bono consultant to the Vietnamese National Office of Industrial Property and to the National Copyright Office of Vietnam.

Lange is married and has five children and seven grandchildren. 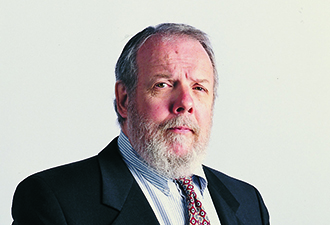