Sarah Ludington ’92, a respected scholar in the fields of free speech and privacy law, joined the Duke Law faculty in July as a clinical professor of law and director of the First Amendment Clinic. She had served, since July 2017, as associate dean of academic affairs at Campbell University’s Norman Adrian Wiggins School of Law, where she also taught courses in constitutional law, information privacy, and civil procedure. She was previously an associate professor of law at Campbell Law, where she was granted tenure in 2015. She taught legal writing at Duke Law from 2001 to 2008.

Ludington’s work has examined the implications of tenure for the speech of professors and methods for deterring the misuse of personally identifiable information. She has also co-authored articles about the history of sovereign debt repudiation and the doctrine of odious debts, and published a chapter on the history of USDA farm and food subsidies in Food Fights: How the Past Matters in Contemporary Food Debates (UNC Press 2017).

Ludington has taught in the summer study abroad program that Campbell Law co-sponsors in Cambridge, England and has lectured on American constitutional law at University College Cork in Ireland and at the Duke-Geneva Institute in Transnational Law.

Ludington received her JD with high honors and was inducted into the Order of the Coif. She received the Hervey M. Johnson writing prize for best published note, was a note editor of the law journal, and received the American Jurisprudence Award for Constitutional Law. 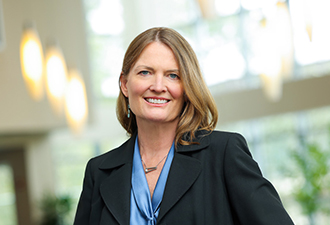