Mara Redlich Revkin joined the Duke Law faculty in 2022 from the Georgetown University Law Center, where she was a fellow at the Center on National Security and the Law. Her primary research and teaching interests are in armed conflict, peace-building, transitional justice, migration, policing, and property with a regional focus on the Middle East and particularly Iraq and Syria.

Professor Revkin holds a J.D. from Yale Law School (2016) and a Ph.D. in Political Science from Yale University (2019) where her dissertation examined the Islamic State’s governance of civilians in Iraq and Syria. She uses qualitative and quantitative empirical methods including surveys, experiments, interviews, and archival research. In addition to her academic research, she has worked with and advised United Nations agencies and other humanitarian organizations on the design of evidence-based programs and policies that aim to strengthen rule of law and the protection of human rights, support peaceful reconciliation after conflict, and mitigate the root causes of political violence and extremism.

Before entering academia, she was the Assistant Director of the Atlantic Council's Rafik Hariri Center for the Middle East, a Junior Fellow at the Carnegie Endowment for International Peace (Middle East Program), a Critical Language Scholar in Jordan (Arabic), and a Fulbright Fellow in Oman. She holds a B.A. in Political Science with minors in Arabic and Anthropology from Swarthmore College 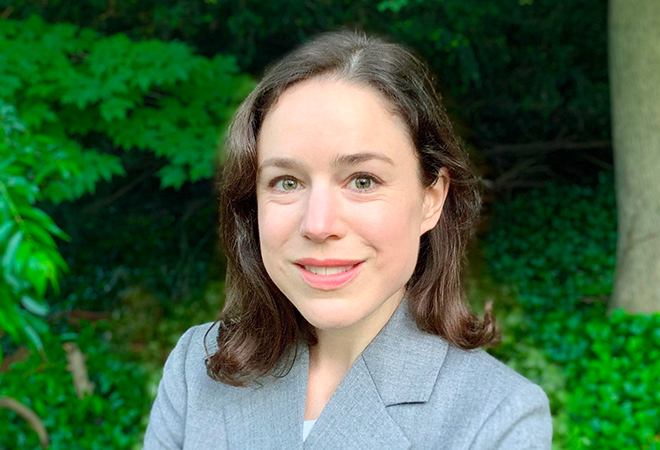