Steve Roady holds appointments as a senior lecturing fellow at Duke Law Schoo, professor of the practice of marine science and conservation at Duke University’s Nicholas School of the Environment, and as a faculty fellow in Duke’s Nicholas Institute for Environmental Policy Solutions. Prior to joining the Duke faculty in 2016, he devoted over three decades to litigation and administrative advocacy enforcing the public health and environmental protections contained in federal statutes enacted between 1970 and 1990. His work focused particularly on improving air and water quality, safeguarding mountain and stream ecosystems, and conserving ocean and coastal resources.  For several years, he managed the oceans program at Earthjustice (the public interest law firm known formerly as the Sierra Club Legal Defense Fund).

Roady has litigated and provided advice and counseling in both federal court and agency proceedings on separate matters arising under a variety of federal statutes, including the Clean Air Act, the Clean Water Act, the National Environmental Policy Act, the Endangered Species Act, the Magnuson-Stevens Fishery Conservation and Management Act, and the Marine Mammal Protection Act.  His federal court cases expanded the duty of federal agencies to consider environmental impacts. They buttressed public access to information. They imposed clear duties on the federal government to manage fishing in a sustainable manner. They saved mountain streams.  And they protected the Missouri River from unauthorized water withdrawals.

Roady also worked in the Congress of the United States, and has had extensive involvement in many administrative agency proceedings. He was the principal staff member for the United States Senate Committee on Environment and Public Works involved in drafting the permitting provisions of the Clean Air Act Amendments of 1990. He represented various environmental organizations in negotiations with the Council on Environmental Quality as it formulated a new national ocean policy in 2009. He assisted a number of Pacific Small Island Developing States as they worked in the international legal community to protect against sea level rise and ocean acidification.  At present he is working to help the International Seabed Authority formulate regulations that would preserve the marine environment in connection with deep seabed mining.

During 2001 and 2002, Roady served as the first president of Oceana, an international, nonprofit, non-government organization dedicated to protecting life in the sea.  Between 1998 and 2001, Roady started and led the Ocean Law Project, which established many precedents requiring the government to better protect the ocean ecosystem.

Roady’s recent writings focus on deep seabed mining questions, and on ocean stewardship duties under the Public Trust Doctrine. Other published works include articles explaining key federal statutes and doctrines that protect ocean life, and articles that detail the legislative history of the permitting and enforcement provisions of the Clean Air Act Amendments of 1990. 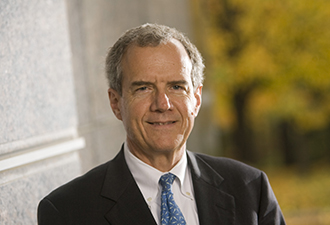