Wickliffe (Wick) W. Shreve II joined the Goodson Law Library in September 2015. He received his J.D. from Tulane University Law School in 2008, where he served as Contributing Editor for the Journal of Law and Sexuality and Research Editor for the Tulane Law Review. He later received his M.S.L.S. from the University of North Carolina at Chapel Hill in 2015.  Wick has an A.B. in Psychology and Literatures in English, with an Honors in Poetry Composition, from Brown University.  Prior to arriving at Duke, he worked in Employee Retirement Income Security Act ("ERISA") law in New York City.

Wick co-teaches a section of the Legal Analysis, Research and Writing as well as Research Methods in Administrative Law.  He coordinates the New Titles program and works with the Center for Sports Law and Policy.  Wick is a member of the American Association of Law Libraries and the New York State Bar. His research interests include international criminal and human rights law, as well as law, gender and society. 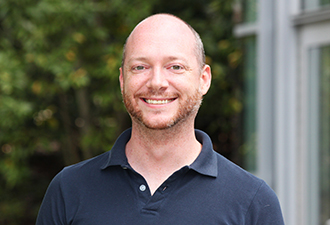