Professor Siegel is a constitutional law generalist. His scholarship addresses a variety of areas of constitutional law and, in doing so, considers ways in which a methodologically pluralist approach can accommodate changes in society and the needs of American governance while remaining disciplined and bound by the rule of law. His articles on collective action federalism offer constitutional justification for robust, but not limitless, federal power. His contributions in the area of separation of powers document and conditionally justify the role of historical governmental practices and norms in constraining political partisanship and partially constituting congressional, executive, and judicial power. His writings on the politics of constitutional law and judicial statesmanship seek to understand how participants in the practice of constitutional law can vindicate the preconditions for the legitimacy of constitutional law. His constitutional theory scholarship analyzes, among other issues, how perceptions of the clarity or ambiguity of the constitutional text are affected in part by purposive, structural, historical, doctrinal, and consequentialist considerations. His work on gender equality and reproductive rights examines how equality values are protected under both equal protection and substantive due process, and extends the skepticism of constitutional gender equality doctrine to pregnancy discrimination and restrictions on access to contraception and abortion.

Professor Siegel teaches Duke Law students, undergraduates in Duke University’s Trinity College and in Duke Law School’s Summer Institute, and judges in Duke Law’s Master of Judicial Studies Program. Throughout the year, he offers U.S. Supreme Court updates and other talks at judicial conferences and law firms around the country.

Professor Siegel is a member of the American Law Institute and the Bar of the State of North Carolina. 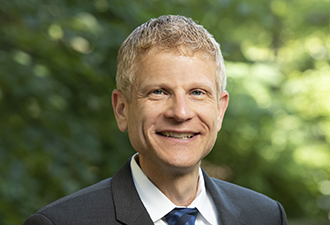