Scott L. Silliman is a Professor Emeritus of the Practice of Law at Duke Law School. In addition, he served as Executive Director of the Center on Law, Ethics and National Security from its inception in 1993 until July of 2011, and now serves as its Director Emeritus. On November 10, 2011, President Obama nominated Professor Silliman to be a federal appellate judge on the United States Court of Military Commission Review, and the Senate confirmed him on June 21, 2012. He was formally appointed to the Court by the President on August 30th, 2012, and sworn in 13 days later, on September 12th, 2012.  He currently serves as the Court’s Deputy Chief Judge.

Professor Silliman received his B.A. in Philosophy in 1965 and his J.D. in 1968 from the University of North Carolina at Chapel Hill. He participated in a four-year Air Force ROTC program during his undergraduate days at UNC and was called to active duty as an Air Force judge advocate in November of 1968. During his career as a military attorney, he held a variety of leadership positions, including staff judge advocate (the senior attorney) at two large installations and three major Air Force commands. In his last assignment, as the senior attorney for Tactical Air Command and later Air Combat Command, he was general counsel to the commander of the largest principal organization within the Air Force, with 185,000 military and civilian personnel at 46 primary locations throughout the world. In this capacity, he managed a command law firm of 715 active duty and reserve lawyers, paralegals, and civilian support staff. During the Persian Gulf War, he supervised the deployment of all Air Force attorneys and paralegals incident to Operations Desert Shield/Desert Storm. On August 31, 1993, after 25 years of service, he retired from the Air Force in the grade of colonel to assume his current position at Duke.

Professor Silliman's teaching and research interests focus on national security law, military law, and the law of armed conflict. Prior to becoming a federal appellate judge, he was widely sought throughout the country as a guest lecturer on national security and the Law of War, and was a frequent commentator on CNN, National Public Radio, and other national radio and television news programs on issues involving military law and national security.

Professor Silliman served continuously as a member of the American Bar Association's Standing Committee on Law and National Security, or its Advisory Committee, from 1999 until 2011, and now serves as a Special Advisor to the Standing Committee's Advisory Committee . He is a life member of the Judge Advocates Association, a national organization of active duty, reserve, and retired military lawyers from all the services. 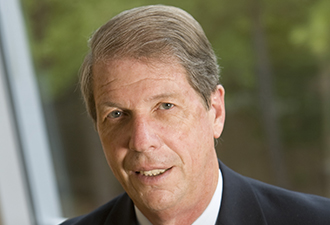