Shane T. Stansbury is the Robinson Everett Distinguished Fellow in the Center for Law, Ethics, and National Security and a Senior Lecturing Fellow in Law.  Shane served for more than eight years as Assistant United States Attorney in the Southern District of New York (SDNY), where he led some of the office’s most sensitive and noteworthy prosecutions in the areas of terrorism, cybercrime, espionage, money laundering, international public corruption, and global weapons trafficking.  Among Shane’s many accomplishments at SDNY were the successful prosecutions of Alfonso Portillo, the former President of Guatemala, for money laundering relating to his receipt of millions of dollars in bribery payments; Minh Quang Pham, a former associate of Anwar al-Awlaki and key operative for al Qaeda in the Arabian Peninsula (AQAP), for terrorism offenses; Xu Jiaqiang, for his theft of highly sensitive source code with the intent to benefit the Chinese government; and Rafael Garavito-Garcia, for his role in orchestrating an international weapons-and-narcotics trafficking scheme that extended to the highest levels of the Guinea Bissau government, including the head of the Armed Forces.  Shane served in a number of other capacities at SDNY, including as Acting Deputy Chief of Appeals and as SDNY’s representative in the Department of Justice’s National Security Cyber Specialists Network, a group of prosecutors focusing on cyber threats to the national security.  He is the recipient of numerous awards for his work as a prosecutor, including the Attorney General’s Distinguished Service Award and the Federal Law Enforcement Foundation’s Prosecutor of the Year Award.

Prior to becoming a federal prosecutor, Shane was a litigator at WilmerHale where he focused on international litigation and arbitration, foreign anti-corruption investigations, and white-collar criminal matters.  He also represented members of Congress and others in defending the constitutionality of the Bipartisan Campaign Finance Reform Act before the Supreme Court.  Shane clerked for the Honorable M. Margaret McKeown of the Ninth Circuit Court of Appeals and the Honorable Robert W. Sweet of the United States District Court for the Southern District of New York.  He received his J.D. from Columbia Law School, where he was Articles Editor for the Columbia Law Review; his M.P.A. from Princeton’s Woodrow Wilson School of Public and International Affairs; and his A.B. from Duke. 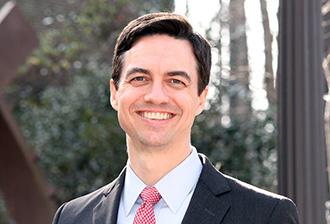