Casey Thomson is a Clinical Professor of Law and the Director of Negotiation and Dispute Resolution Education.  She specializes in dispute resolution, and teaches upper-level courses in Negotiation, Mediation Advocacy, Introduction to Alternative Dispute Resolution, and the Roles of Gender and Culture in Negotiation.  She also teaches first-year Legal Analysis, Research, and Writing, and is a lecturer in the 1L Professional Development Program.

Thomson joined the Duke Law faculty in 2015, and received the law school's Distinguished Teaching Award in 2018. Prior to coming to Duke, Thomson was an attorney with Latham & Watkins LLP in Los Angeles. She was a member of the litigation department, and her practice focused on complex commercial litigation, including antitrust, RICO, fraud, and insolvency-related matters. She regularly practiced in both state and federal courts, and appeared in arbitral proceedings before the Players’ Status Committee of the Fédération Internationale de Football Association and the Court of Arbitration for Sport. Thomson clerked for the Honorable John F. Walter of the U.S. District Court for the Central District of California.

Thomson is a certified mediator in North Carolina Superior Court, and a mediator with the New York Peace Institute.  Thomson also currently serves as the Co-Chair of the ABA's Legal Education in Dispute Resolution Committee. 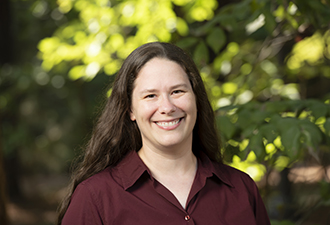