Paul D. Carrington is a Professor of Law at Duke University.  He is a native of Dallas, a graduate of the University of Texas (1952) and the Harvard Law School (1955).  After serving a tour in the Army, he commenced teaching law and has continued that career since 1957.  He has been a member of the law faculties at Wyoming, Indiana, Ohio State, Michigan, and Duke.  He has held visiting appointments at ten other American law schools (including Southern Methodist University and the University of Texas) and has taught in five foreign universities.  He has given occasional lectures at over a hundred other law schools in the United States and abroad.

He is the author or editor of seven books and numerous symposia, and is the author of more than one hundred leading articles in academic legal journals.  His work has been supported by the Ford, Guggenheim, Luce, and Rockefeller foundations.  His writings have ranged across many legal and law-related topics, including civil procedure, legal education, contracts, criminal law, constitutional law, comparative law and the history of the legal profession.  His more recent books are Stewards of Democracy (Harper Collins 1999); Spreading America’s Word (Twelve Tables Press, 2005); Reforming the Supreme Court: Term Limits for Justices (edited with Roger C. Cramton, Carolina 2006); Law and Class in America: Trends since The Cold War (edited with Trina Jones, NYU 2006); American Lawyer: Public Servants and the Development of A Nation (2012); Transnational Corrupt Practices (edited with Susan Rose Acherman, 2013).

Over the years of teaching, he has represented numerous individual clients pro bono publico in support of their claims to civil liberties and has assisted in advancing claims by classes of plaintiffs.  And as an active member of the legal profession, he has served many diverse causes of law reform.  He first initiated efforts to secure enactment of the Uniform Commercial Code in Wyoming; it was enacted in that state in 1960, one of the earliest enactments of that legislation.  In 1967-1969, he directed the American Bar Foundation study of the United States Courts of Appeal.  In 1969-1971, he directed a study of legal education for the Association of American Law Schools.  In 1970-1973, he served as an elected trustee of the Ann Arbor Board of Education.  In 1973-1975, he served the Federal Judicial Center as vice chair of the Advisory Council on Appellate Justice, organizing the 1975 national conference on that subject.  In 1976-1978, he directed a program of law reform for the Supreme Court of Michigan.

From 1978 to 1988, he was dean of the Duke Law School.  As dean, he was instrumental in developing international connections for the school, especially in China and Japan, beginning in 1980 with the establishment of Nixon scholarships for Chinese students.

From 1985 to 1993, he served as Reporter to the Advisory Committee on Civil Rules of the Judicial Conference of the United States and was instrumental in effecting several reforms of those Rules.  In 1997-1999, he directed a program on judicial independence and accountability for the American Bar Association, organizing a national conference on that subject in 1999. He also participated in organizing the group that drafted the Model Fair Bargain Act enacted in New Mexico in 2000 to constrain the misuse of arbitration clauses in standard form contracts unread by the parties; that text has been supported for enactment in other states by diverse groups favoring protection of individuals from predatory business practices.  He was in 2000-2006 a member of the panel on Law and Science of the National Academy of Science.

Since 2003, he has addressed numerous international gatherings on the subject of private enforcement of public law in the United States, with special emphasis on the transnational corrupt practices that since the 1990s all nations prohibit, but which most fail to inhibit. 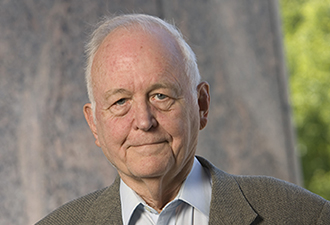