Trina Jones is a leading expert on racial, socio-economic, and gender inequality, particularly as it pertains to the workplace. She has lectured on colorism, intersectionality, and sexual harassment in North America, Africa, Asia, the Caribbean, Europe, and South America.

At Duke Law, Professor Jones directs the Center on Race, Law, and Policy and teaches Race and the Law, Employment Discrimination, Law and Literature: Race and Gender, and Civil Procedure. In 2019, she received the Law School’s Distinguished Teaching Award and the Gavel Award from the Duke Law Black Law Students’ Association. Professor Jones’ scholarship has appeared in leading law reviews, including the Columbia Law Review, the Duke Law Journal, the Emory Law Journal, the Georgetown Law Journal, Law & Contemporary Problems, the NYU Review of Law and Social Change, and the Stanford Journal of Civil Rights and Civil Liberties, among others.

Frequently cited works include Genetic Race? DNA Ancestry Tests, Racial Identity, and the Law (with Roberts) (examining the effects of DNA ancestry tests on contemporary understandings of race); Shades of Brown: The Law of Skin Color (explaining the past and continuing significance of colorism in the United States); Aggressive Encounters & White Fragility: Deconstructing the Trope of the Angry Black Woman (with Norwood) (explaining how negative stereotypes render Black women vulnerable in a myriad of social and economic circumstances); Me Too? Race, Gender and Ending Workplace Sexual Harassment (with Wade) (examining sexual harassment through an intersectional lens); A Different Class of Care: The Benefits Crisis and Low-Wage Workers (examining the dearth of workplace benefits available to low-wage workers); A Post-Race Equal Protection? (with Barnes and Chemerinsky) (challenging the notion that the election of Barack Obama heralded the beginning of a post-racial America); and Law and Class in America: Trends Since the Cold War (NYU Press, with Carrington) (examining the effects on poor people of legal reforms in a variety of substantive areas).

Professor Jones joined the faculty of Duke Law School after practicing as a general litigator at Wilmer, Cutler, and Pickering (now WilmerHale) in Washington, DC. From 2008-2011, she served as a founding member of the faculty at the University of California, Irvine, School of Law, where she created and directed the Center on Law, Equality and Race.

A native of Rock Hill, SC, Professor Jones received her undergraduate degree in government from Cornell University and her J.D., with honors, from the University of Michigan Law School. While at Michigan, she served as an articles editor on the Michigan Law Review. 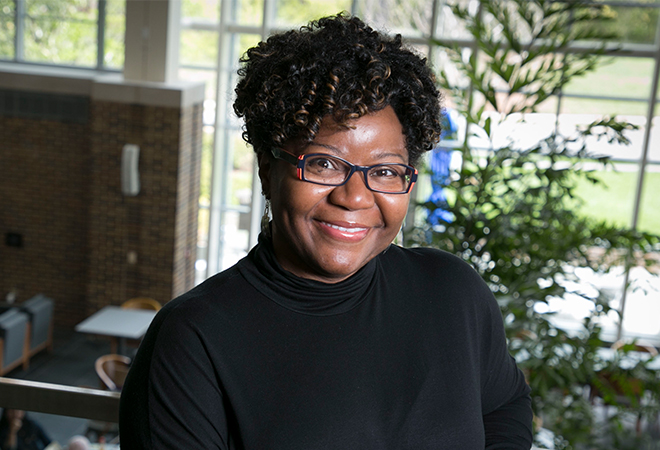